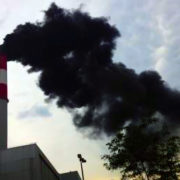 To whom it may concern,

Hawaii’s PUC decision to deny Hu Honua’s exemption from a public and competitive power supplier process (in which all other power suppliers must compete to benefit ratepayers), was summed up by this well-reasoned PUC decision and explanation:

“The pertinent issue here is whether this particular Project (Hu Honua) should be exempted from competitive bidding against other renewable projects to determine the best value for HELCO and its customers. The Commission is aware that biomass resources offer different considerations than other renewable resources, such as solar and wind, but believes that these distinctions are better weighed and addressed in the context of the Competitive Bidding Framework.”

Hawaii Island (like much of the rest of the state) is on two divergent and transitional energy paths, and depending on which path we take, future energy costs to consumers and the state’s environmental impacts can range from beneficial-to-significant.   This energy transition is best exemplified by both good and bad fossil fuel replacements available to Hawaii Electric and ratepayers – enabled by present-day legislative deficiencies within state-mandated RPS rules.

Hawaii Electric’s PPA track record in addressing both cost and environmental considerations has not always been in the interest of ratepayers and our island residents.

Which of these two examples of energy replacements options best serve the public interest and ratepayers?

We believe the graph below clearly illustrates the differences and which is best for Hawaii Island, ratepayers, and the state’s clean energy future.

Although not all the above points of consideration within the graph are within the regulatory purview of Hawaii’s PUC authority or mission, clearly there are other public benefits to the PUC’s decision to deny Hu Honua’s exemption from a competitive process, and considerations that exceed the strictly regulated elements of the Commission’s decision — a PUC decision the majority of Hawaii Island’s residents support, and with great appreciation.

Lawsuit: Hu Honua ‘A Fiasco From The Beginning’

Hawaii (and the world) is feeling the Heat
Scroll to top