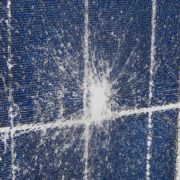 The comments that follow are my April 10th 2018 submission to the HPUC, ref: docket 2014-0192.  My submission addressed the HPUC request for public comments whereby Hawaii’s PUC is presently considering a so-called “Customer Self Supply” or CSS ruling that will govern the state’s installed base of residential solar power producers fortunate enough to have previously qualified for (NEM) net metering program, and solar residents and businesses now seeking to add battery storage options, and potentially greater solar capacity (as technology improves and costs drop), but are presently prohibited from making any system improvements or modifications to their installed solar system – solar investments with a lifestyle of 25 – 30 years…

Background – As a full time resident of Hawai’i, an emissions-free power producer, NEM customer of HELCO, EV owner, participant in the state’s 2045 RPS goal, and with 20 years’ experience in the clean energy market sector, I’m well qualified to speak from experience about the role and opportunity of distributed solar power generation and storage presents to Hawai’i.

Over 15% of residential customers in some areas of Hawaii have rooftop solar. As a result, Hawaii is the first “test case” in the U.S. for high penetration solar.  The large scale adoption of distributed solar and storage across Hawaii’s multi-island network of power grids is a cost effective and energy efficient alternative to the 20th century utility business model and strategy employed by Hawaiian Electric companies.

Instead of Hawaiian Electric upgrading its local grid assets to address the opportunities available to 21st century grid operators employing distributed two-way power flows efficiently, the state’s largest utility instead has systematically deployed a strategy to limit distributed solar growth in Hawai’i, a strategy based on the false premise that power producing utility customers are in fact competitors.  The effect of this HECO strategy, along with the termination of Hawaii’s successful and fair cost sharing NEM program in 2015, has had a major economic impact on the growth of Hawaii’s clean energy solar economy, resulting in less grid reliability – not more, higher rates to consumers, and a grid-based power supply on three of Hawaii’s four major islands that is ill-prepared for the new climate change realities now unfolding across the world.

HECO acknowledges in their letter to the Commission provisions in which NEM customers may choose to add to their PV system non-export technology components so long as these component “upgrades” include the addition of advanced inverter technology which benefits the utility – an added component cost which is entirely assumed by residential solar energy producers, not Hawaiian Electric.

The CSS guidelines further require NEM Customers to submit to their governing HECO utility for review and approval a request to add non-export technology to their existing NEM system, even though such technical modifications do not impact or otherwise permit additional power supply directed to the grid beyond the original allowable capacity limit and NEM agreement between the Customer and HECO establishing customer power generation limits back to the grid — in effect, the CSS NEM customer system modifications are limited to power generation-storage purposes other than supplying power to the utility grid.

Operationally, NEM customers that add battery storage or added PV production capacity, as the rules are written, are restricted to a non-export customer site battery charging application, with no operational effect or impact on HECO power management and load balancing requirements of the utility’s grid.

The Commission should ask itself, under current CSS rules why HECO has the right to dictate and place requirements and costs on NEM customers that pertains to private property and self-supply power assets owned and operated for personal use that is technically firewalled from the utility grid operation.

An argument can be made that CSS is analogous to off-grid residential property owners who generate, store, consume and manage their own power management assets for their own purposes in which no such requirements apply.   This is a legal question concerning the CSS rules which have yet to be tested.

Recent events in Hawai’i and around the world have placed power security at the forefront of power consumer concerns. Traditional grid operators, like HECO utilities, are cases in point.  HECO has failed to learn from recent extreme weather events around the world, and more specifically, Puerto Rico, that 20th century design centralized power grid operations fail the resiliency test and demands of 21st century climate change.

The reliability of electricity supply systems is generally measured using two metrics that show the duration and frequency of outages. The US Energy Information Administration reported interruptions in electricity service vary by frequency and duration across the many electric distribution systems that serve about 145 million customers on the United States mainland.  In 2016, customers experienced an average of 1.3 interruptions and went without power for four hours or more during the year.  Outage frequency and duration values are reported to EIA for any interruption lasting longer than five minutes. Utilities may designate if these outages occurred during major events, which in the case of Hawai’i can include hurricanes, floods, wind storms, or heatwaves.

Here on Hawai’i Island HELCO has demonstrated itself to be an unreliable power provider partner. Shortly after completing a year-long effort (at ratepayers expense) to harden its operating grid from Waimea to Kona, Hawai’i Island was hit with a wind storm (not even a Cat 1 force storm) on October 24, 2017 that resulted in power disruptions in North Kona of more than 5 hours, and in four other locations around the island, including parts of Hilo.  HELCO’s 2017 power reliability record for Hawai’i Island included extended power disruption events (planned and unplanned) followed by local headlines that read:

Can Hawai’i Island residents and businesses trust their utility to be there when needed in the time of an emergency?  If recent events in Puerto Rico and other island communities are any guide, Hawai’i power consumers face even greater uncertainty in the utility’s readiness based on a fragile centralized power delivery structure that fails to address the challenges of future climate change-driven super storms.

Utility customers today, and without any special utility permitting process, may install on their property a gas-powered stand-by generator to serve as a power security backup in the event of a utility power service failure. Home generators, however, have a limited operating duration: for the average home and fuel supply, and other limitation factors, a continuous emergency energy supply from gas-power back-up system are is generally limited to 8-to-12 hours operating duration. PV and battery storage systems in many cases can provide non-stop, whole house auxiliary power for up to one week, possibly longer, preventing economic and social disruptions for Hawai’i residents and businesses as the centralized grid recovers and restores customer power.

If power security is important to the residents and businesses of Hawai’i, and who would argue otherwise, then the installation of roof top solar coupled to batteries, connected or not connected to the grid are the primary missing links in Hawaii’s journey to achieve a 100% reliable and renewable clean energy economy that is diversified, distributed, robust, resilient, cost and technology effective.  The CSS rules fall short in achieving this essential transition.

In summary — from direct experience over the past 6 months in qualifying and performing technical and regulatory due diligence with solar / battery contractors in an attempt to upgrade and add on-site battery storage and production capacity to our legacy NEM PV system installation, I have discovered firsthand how the CSS requirements can place an unreasonable burden of time and money investment on NEM solar customers seeking power security and greater self-generation power efficiencies, while furthering Hawaii’s clean energy economy and independence from fossil fuel.

What HECO and the PUC so far have failed to address is the opportunity for a changing utility business model that embraces grid service ahead of power generation revenues, and the important role the grid can play in power back-up and power management among all of Hawaii’s power stakeholders.

CSS as currently developed adds unnecessary barriers of entry for existing NEM customers: layers of bureaucracy and unnecessary costs to roof top solar participants in Hawaii’s clean energy economy. Instead of rearranging the chairs on the Titanic, the Commission should look to California and other advanced and progressively regulated clean energy markets for lessons already learned and the merits in advancing distributed power opportunities for the public benefit.