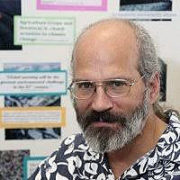 Greta Thunberg addressed a United Nations Climate Change Conference in December 2018. The 16-year-old noted, “We cannot solve a crisis without treating it as a crisis.”

For Hawai’i, Hurricane Lane should serve as a wake-up call. In August 2018, Lane barrelled towards O`ahu. If its strength had been maintained for another 24-48 hours, devastating would have occurred.

Thomas Travis, the Administrator for the State of Hawaii Emergency Management Agency (Hi-EMA), asked the Pacific Disaster Center to run a Category 4 Hurricane Lane scenario for striking O`ahu.   The damage would be $116 billion, 159,000 O`ahu people (23,000 older than 64) would need short-term shelter, and over 8 million tons of debris on roads would have to be cleared. Hawai`i has a three-day supply of medicine and a five-day supply of real food. This assessment was presented at a 2019 EUCI conference in Waikiki.

The five-day food supply count-down would start two-days before the storm hit. Theoretically, we then have a two-week supply of MREs (Meals, Ready-to-Eat), a self-contained, individual field ration provided by FEMA and the U.S. Department of Defense. The nearest re-supply port is five-days away.

The 2018 State of Hawai’i Hazard Mitigation Plan Update offers insights into preparing for the next disaster.

The Pali Highway from Honolulu to Kailua will have limited service for months. There will be one-way traffic only over the mountain flowing into town during the morning and flowing away from town during the evening commutes.

The ability of Hawai`i to whether an event will depend upon the intensity of the event, how much time we will have to prepare for it, how widespread it is, and how much advance preparation occurs.

The resupply chain is key: ports, harbors, and airports need to be secured and free of debris. Hawai`i has a three-day supply of medicine, a five-to-nineteen–day supply of food, and a thirty-day supply of oil.
Post-event debris must be cleared from roads and placed somewhere. O`ahu lacks space to store the debris from a major event.
Growing economic inequality means that a sizeable percentage of the population is focused on surviving today, not planning for a future disaster.

Climate change is warming the oceans near Hawai`i, moving the warm belt northward, increasing the chance of devastating hurricanes striking the islands. One mitigating solution would be to convert school buildings into facilities that are able to be both schools and emergency shelters.

Should schools be converted for energy shelters when there is an inadequate supply of housing for residents? Should schools stock massive amounts of energy food supply while large sectors of the local population don`t have enough to eat?

Or should all new buildings and all retrofits throughout Hawai`i be built using building codes that require construction methods and on-site renewables and storage to enable them to survive a Category 4 hurricane, and through the Aloha Spirit, assist neighbors in times of disaster?

Decentralized Resilience – microgrids are a start

The Public Utilities Commission directed the Hawaiian Electric Companies to open a regulatory proceeding on Integrated Grid Planning, that is, how to shift the emphasis away from centralized generation and transmission and towards using the distribution system as a platform for local supply and demand.

The Public Utilities Commission is examining how to standardize Microgrid tariffs, the document that established criteria and costs for interfacing third-party microgrids with the utility grid.

The Department of Education is establishing a microgrid test pilot at an O`ahu school.

“The Department [of Education] will complete a pilot project at 3633 Waialae Avenue by the end of March 2019. The pilot project seeks to determine the feasibility and economic viability of a combination of solar renewable energy, battery backup power, and diesel fuel generator system at a DOE facility. Following analysis and testing of this pilot project, the DOE will be able to report to the Legislature whether implementation of similar systems at designated school shelters is viable.”

Any Hawai`i university campus, large commercial shopping center, or military base can legally make its own microgrid supplied with rooftop solar and wind combined with energy storage. But if that system failed, the utility would need to have a massive supply available in a microsecond to power those microgrid customers.

One mitigation measure would be to segment the electric grid into cells, each of which can operate in an island mode, without neighboring cells operating. The technical aspects of isolating cells are simply but cost money.

Downtown Honolulu and Waikiki could be islanded but the cells would have very high demand and extremely limited supply. The existing back-up generators, rooftop solar, and storage are extremely small compared to what is needed.

The real problem on O`ahu is the location of supply and demand. Most electric generation exists at Kahe, followed by Campbell Industrial Park and Pearl City. Those cells could remain functioning. These facilities are far from major demand centers.

Microgrid projects are being considered, planned, and or constructed at Joint Base Pearl Harbor-Hickam, Camp Smith, the Natural Energy Laboratory of Hawaii Authority (NELHA), the University of Hawaiʻi at Mānoa, Parker Ranch, Coconut Island, and Blue Planet.

The universe is made of matter-energy which can neither be created nor destroyed, only change forms. Renewable energy is not a scientific term but an every changing political term. Hawai`i has five major different definitions since 2001.

In terms of renewable energy penetration, if Hawai`i were its own country, the State would not rank among the top 50 countries, nor as a U.S. state does it rank among the top 15 U.S. States, with the caveat that Hawai`i is a global leader among islands without large hydroelectric and without cables to large mainland grids, and the further caveat that every country and every U.S. state has a different definition of renewable energy!

Renewable Portfolio Standard (RPS) is the Hawai`i legally defined metric for measuring the amount of renewable energy on electric grids. (HRS §269-91) Hawaiian Electric Company stated that if electricity on the grid is 35 percent renewable and 65 percent fossil fuel, and that rooftop solar produces electricity equal to 80 percent of what is sold by the utility, then the RPS is 115 percent.

The above analysis was provided by HECO on June 15, 2015, in responding to a Life of the Land question during the NextEra merger proceeding.

The state goal of 100 percent renewable energy by 2045 can be achieved when the 80,000 rooftop systems in Hawai`i produce the same amount of electricity as grid-based fossil fuel plants.

Western nations are outsourcing carbon emissions, exporting polluting industries, buying back the products, remaining consumers of greenhouse gas emissions while blaming others for rising emissions.  The World Bank put it this way: “While the production-based emissions of the early industrialized countries has begun to decrease, their consumption-based emissions have continued to grow, with the gap between the two becoming increasingly significant.”

As global consumers, we can take responsibility for our contribution to global warming and the greenhouse emissions driving human-caused climate changes.  As individuals, we can consciously choose to reduce our emissions by our lifestyle and the products we purchase and consume.

Subject: Public Testimony; HB 550 – Just how does Hawaii get to a clean...