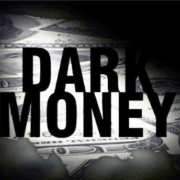 Not a lot is known about Amy Coney Barrett’s views on climate change, but this exchange on day two of the Senate hearings was telling.

Barrett answered that indeed she had. 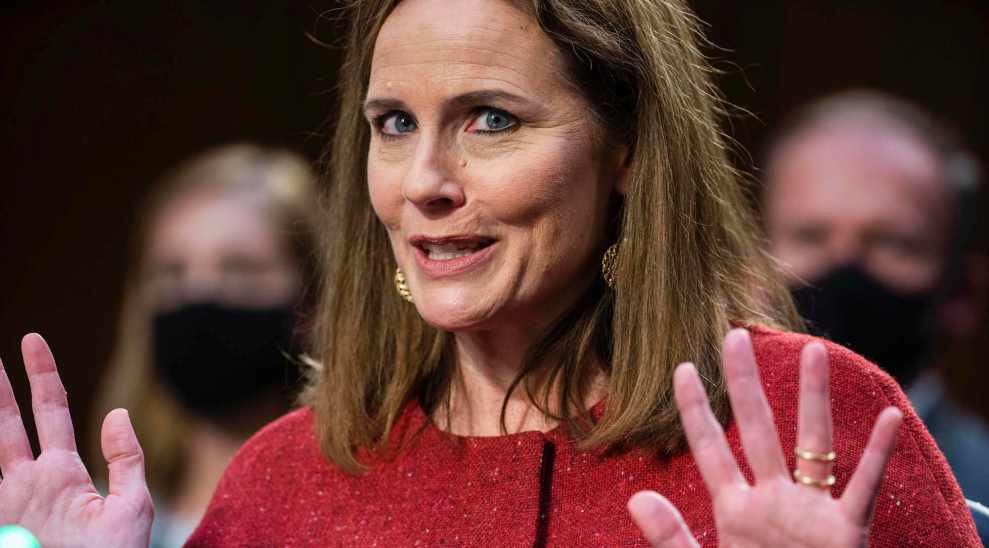 He asked her if she’d thought about social problems and economic problems.

She answered yes to both.

Then he asked, “How about climate change?” and Barrett launched into a non-answer.

“I’ve read about climate change,” she said. “I’m certainly not a scientist. I mean, I’ve read things on climate change. I would not say I have firm views on it.”

The use of a boilerplate phrase often trotted out by Republican lawmakers – who often default to insisting they are not scientists – raised eyebrows among those concerned about how the 48-year-old judge will rule on climate cases should she get a lifetime appointment. Kennedy certainly didn’t mean to make this point in his questioning, but the exchange made the point environmentalists’ have saying, that is, a 6-3 conservative majority on the court would be disastrous for combating the climate crisis.

But a Supreme Court appointment is for life.

Clearly, Amy Coney Barrett is wrong for the Supreme Court, and has a judicial history to back -up this conclusion. Barrett is wrong for the county and the planet and her one-side senate appointment to highest court in the land will has lasting social, environmental, and economic consequences. Barrett and the same fossil-fueled dark money interests has strengthen their agenda in determining public policies absent of due process that will impact climate policies, environmental protections and regulations, while reinterpreting laws to serve polluter interests..

A common understanding and joke both inside and outside the Wash. D.C. beltway is that the modern Republican party, aka the GOP, has long since left behind the Grand Old Party for the party of Gas Oil Pollution.

From decades of oily and contaminated dollars flowing into Republican Party and PAC coffers, bias Think Tanks, and even some Universities.  Yes, the Democratic Party has its own history of oil & gas donors, but dark money from fossil fuel interests has been a trickle compared to the gusher of dollars spilling over onto Republican candidates and office holders.

Then along comes Donald Trump, TV personality, self-proclaimed genius, and other labels which apply – most recently, President of the United States, now seeking to remake the world in his image, and very happy to follow the money, so long as it flows his way.

From day one when Trump took office, he brought with him to the White House, Rex Tillerson, as his Secretary of State.  Tillerson was the former CEO of Exxon, a global oil and gas leader in exploration, production, and class A polluter (including two of the nation’s most disastrous oil spills in history; Alaska and the Gulf).

Tillerson was also a high profile climate science denier, and likely the primary enabler of  Trump’s campaign promise to immediately exit the global (197 country agreement addressing global warming) Paris Climate Accord. The Accord was clearly a threat to big oil profits and in the crosshairs of Tillerson and all other fossil fuel-vested interests.  Sure enough, the one campaign promise Trump prioritized ahead of all others: exit the Paris Climate Accord on day one happened without delay or a lot of forethought, and as they say, the rest is history.

Among 20 of the most powerful people in government environment jobs, most have ties to the fossil fuel industry or have fought against the regulations they now are supposed to enforce.

Under the Trump administration, the people appointed to those positions overwhelmingly used to work in the fossil fuel, chemical and agriculture industries. During their time in government they have been responsible for loosening or undoing nearly 100 environmental protections from pollution and pesticides, as well as weakening preservations of natural resources and efforts to curb planet-warming greenhouse gas emissions.

At least four have direct ties to organizations led by Charles G. and the late David H. Koch, who have spent hundreds of millions of dollars to defeat climate change and clean energy measures.

For the past 3 1/2 years, the Trump administration has consistently pursued policies to encourage oil, gas and coal production while reducing or eliminating many pollution regulations, and giving dirty energy industries a taxpayer funded leg up over more competitive clean energy rivals. Much of these national policy changes have occurred not through legislative processes and public participation, but through backroom deals between Trump-appointed regulators and the regulated.
The above list is only a sampling of how deep the fossil fuel industry, and its agents have burrowed deep into Federal agencies. Agencies with regulatory responsibilities that impact the lives of every American.  Federal agencies designed to fulfill a commitment and execution of policies and environmental protections which will transition the country, and by example the world, into a clean energy economy.

Today’s Federal Climate Response: throw taxpayer dollars at cleaning up the damage; ignore the cause and effect linkage

For the most part, the United States reacts to disasters after they strike, rather than spending money ahead of time to reduce risks or even move people out of harm’s way. When floods or hurricanes destroy homes, governments spend billions to rebuild in place.

The Trump administration is hobbled by its unwillingness to explicitly recognize the climate threat. In 2017, Mr. Trump rescinded a policy that required agencies to consider sea-level rise when building infrastructure. In 2018, FEMAstripped the words “climate change” from its strategic plan.

Federal agency positions and polices can certainly be corrected with each election cycle and each new administration – that is democracy at its best.   And, the Democratic and Biden campaign platforms for 2020 recognize the need for a change in governance in a 21st economy that is still fueled by 20th century assumptions which are totally unstainable.  It is an economic and environmental vision for plan for transformation needed now more than ever, and one that is designed to serve public interest and science ahead of dark money, and that addresses the economic realities of climate change which can no longer be denied or ignored.
The reality of scientific climate findings and clean energy technology opportunities are facts that can no longer dismissed, no matter how much dark money is throw at maintaining the energy stakeholders status-quo. The truth is plain enough for those who choose to see it.  We have within our reach, a clean economy that will be in balance with the social, economic, and environmental priorities, and that will immediately address the unbated burning of fossil fuels and continue fueling of human-made global warming.
https://www.beyondkona.com/wp-content/uploads/2020/10/Dark-Money.jpg 344 384 Bill Bugbee https://www.beyondkona.com/wp-content/uploads/2018/05/beyond-kona-logo.png Bill Bugbee2020-10-14 08:37:262020-10-29 16:41:16Another Fossil Fuel Agent - this one is headed to the Supreme Court
0 replies

In the Face of Stubborn Facts

Everything You Ever Wanted to Know about COVID-19, and More
Scroll to top