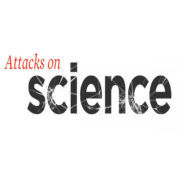 What happens when the inmates run the jail, or polluters decide the enforcement role of the Environmental Protection Agency, and fossil fuel and extraction interests now rule over Interior department actions and policies? Welcome to the last 3 years. 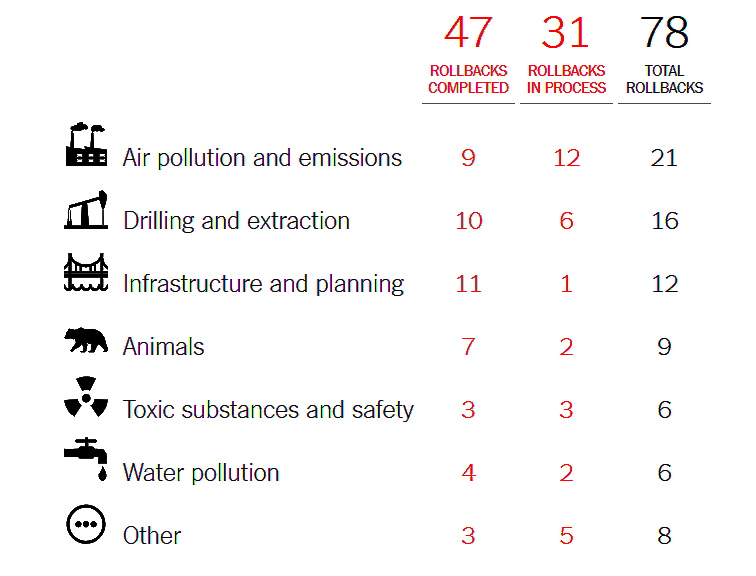 Has the EPA become the Environmental Pollution Agency?

The Trump administration is preparing to significantly limit the scientific and medical research that the government can use to determine public health and environmental regulations.  The overriding protests from scientists and physicians who say the new rule would undermine the scientific underpinnings of government policy and rule making have fallen on deaf ears…

The latest example of an escalating pattern of Federal agency attacks on science comes in the form of a EPA rule making proposal requiring that scientists disclose all of their raw data, including confidential medical records, before the EPA will consider an academic study’s conclusions in its regulatory rule-making and rule amendment processes.

This may sound wonky, but the intent of this EPA proposal is much more ominous in its reach and impact on current and future Federal environmental protections and enforcement actions designed to protect the public’s health, safety, and the environment.

At the heart of the new rule proposal, a policy change designed to make it more difficult to enact new clean air and water rules, because such studies justifying air and water protections detail links between pollution and disease rely on study-related personal health information gathered under confidentiality agreements.

And, unlike a version of the proposal that surfaced in early 2018, this one will retroactively apply to public health regulations already the law.

“This means the E.P.A. can justify rolling back rules or failing to update rules based on the best information to protect public health and the environment, which translates into more dirty air and more premature deaths,” according to Paul Billings, senior vice president with the American Lung Association.

Impacts will be far reaching

The Environmental Protections Agency, under the current administration, is seeking the authority to disregard science — scientific (taxpayer funded) studies designed to validate regulatory decision processes concerning public health protections. These are the very studies that determine if regulatory protections against smog in the air, mercury in water, lead in paint, and other well-established threats to human health will be subject to scientific-based decision processes, and not political considerations.

The proposed rule and policy change stipulates that all data and models used in studies under consideration at the E.P.A. would now have to be made available to the agency and the scientific findings, subject to internal EPA-led challenges from political and vested polluter interests.

Politically appointed and agenda-driven agency administrators now in charge of EPA and Interior departments will have wide-ranging discretion over which studies to accept or reject, regardless of the facts, scientific findings, and science-based recommendations designed to protect the public health and the environment.

Public health experts warned that many scientific studies used for decades that demonstrate, for example, mercury from power plants impairs brain development, lead in paint dust is tied to behavioral disorders in children — might be inadmissible when these existing regulations come up for renewal under the new rules.

At a meeting of the EPA’s independent science advisory board this summer, former coal lobbyist and industry attorney, now administrator of the EPA, Andrew  Wheeler, told scientists he was “shocked” at the overwhelming amount of public opposition to his anti-science proposal, and in any case, he was committed to finalizing it.

In the final analysis, politically-appointed leaders within the EPA have pushed aside the agency’s Science Advisory Board in an end-run to stop the EPA from fulfilling its mission. More than half of fourteen thousand plus EPA employees are engineers, scientists, and environmental protection specialists, essential to the agency core mission: …to protect human health and the environment.

During his tenure, President Barack Obama authorized federal regulations (based on scientific findings and a consensus methodology with the industry sectors affected) aimed at reducing greenhouse gas (GHG) emissions and other pollutants from transportation (mileage-emissions standards) and electric power (aka the Clean Power Plan) sectors of the economy.  The GHG rules were based on scientific findings, environmental imperatives, and economic factors,  The newly established rules provided industry certainty and provided effective pathway for the regulated parties to compile with the EPA’s mission and national policy imperatives designed to address man-made global warming climate impacts to the environment and the public. Years of work, and millions research dollars were trashed, when without justification when the Trump Administration unilaterally rescinded the rules earlier this year.

Dismissing the cornerstone of the EPA’s climate policy, the Clean Power Plan, represented just one of several anti-science moves by the Trump administration’s full-court press to undo and weaken effective environmental protections and meaningful climate actions at the federal level.

Hawaii and the Feds

Hawaii may be located far from the Federal Beltway, but its reliance of Federal dollars, rules, public protections, and environmental oversight are a fact of life.

Science historically has been the foundation on which EPA policies have been based, and the determining element of EPA policy, regulations, and funding when applied to Hawaii and other states working towards compliance as states face a growing environmental and climate challenge — in short, scientific facts, findings, and recommendations  should trump politics in the determining and fulfilling the vital role of EPA.

How does EPA policy translate to Hawaii in different administrations?

Trump directed EPA (2019) actions for the state of Hawaii, so far have included:

Obama directed EPA (2016) actions for the state of Hawaii included:

One based on science and comprised of meaningful actions in the form of substantial investments ($18,600, 000) to protect Hawaii’s drinking water and incomparable coastal waters — the other $800,000 in mostly meaningless funding and mandates.

HECO in the Spotlight – Part 1
Scroll to top