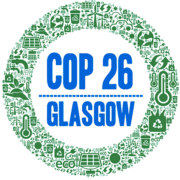 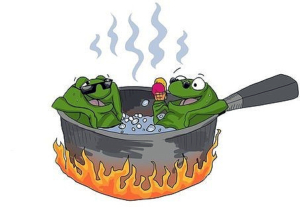 “If you throw a frog in a pot of boiling water, it will hop right out.

But if you put that frog in a pot of tepid water and slowly warm it, the frog doesn’t figure out what going on until it’s too late. Boiled frog.

Climate change action, a top priority for most of the world; and President Biden.

President Biden has committed to a goal to cut the carbon emissions of the US in half by the end of this decade, an ambitious undertaking that requires greater investments in solar, wind, battery storage, and hydrogen energy solutions.

According to a recent analysis by the Rhodium Group, an independent research firm, the Biden $3.5 trillion dollar  spending bill designed to curb U.S. greenhouse gas emissions by as much as a gigaton — but would probably get the country only halfway to its 2030 goals.

With tax credits extended for firms working in the clean energy sector and incentives put in place for American manufacturers to shift to greener consumption, climate change stocks have soared since the Biden administration announced the plan.

Yet despite a pledge to halve emissions by the end of the decade, congressional Democrats are struggling to pass a pair of bills that would provide hundreds of billions of dollars for renewable energy, electric vehicles and programs that would help communities adapt to a changing climate, as Grand Old Party aka Gas Oil Pollution party stands firmly in the way, a firewall against meaningful and needed timely transformational action which addresses a global climate disaster.

Some of the world’s top emitters, including China and India, have yet to formally commit to a new 2030 emissions reduction target. Activists worry that an emerging energy crisis, which has raised prices and triggered blackouts, could imperil efforts to get developing economies to phase out polluting fuels.

In the United States, climate disasters have already caused more than $100 billion in damage so far this year, according to analyses from The Washington Post and the National Oceanic and Atmospheric Administration.

Keep it in the ground .., meets imbedded political and dirty energy stakeholders

A September study in Nature found that 60 percent of Earth’s oil and fossil methane gas and 90 percent of coal must remain in the ground for the world to have a chance of limiting warming to 1.5 degrees Celsius (2.7 degrees Fahrenheit) — a threshold that scientists say would spare humanity the most disastrous climate impacts.

A new report by the US Department of Energy has unveiled plans for massive investments in solar that would employ over 1.5 million people and produce enough power to power all US homes by 2035.

The findings come amid a major push to get countries to commit to more ambitious climate goals ahead of a United Nations summit in Glasgow, Scotland, next month. Research shows that existing pledges will put the planet on track to heat up about 2.7 degrees Celsius (4.9 degrees Fahrenheit) by the end of the century — a level of warming that would lead to drastic food and water shortages, deadly weather disasters, and catastrophic ecosystem collapse.

This week, a coalition of more than 380 groups filed a legal petition demanding that the U.S. Army Corps of Engineers stop issuing permits for new fossil fuel infrastructure projects. Two days later, hundreds of scientists submitted an open letter asking Biden to do the same.

“The reality of our situation is now so dire that only a rapid phase-out of fossil fuel extraction and combustion can fend off the worst consequences of the climate crisis,” they wrote.

In response to Monday’s protests, however, American Petroleum Institute spokeswoman Megan Bloomgren said curbing the country’s energy options would harm the economy and national security. “American energy is produced under some of the highest environmental standards in the world,” she said.

Pledging to reduce greenhouse gas emissions without cutting back on fossil fuel extraction, activists say, is like a person promising to lose weight while continuing to consume french fries and doughnuts.

EPA to the Rescue?

Regan says his agency will issue a robust greenhouse gas rule for power plants, a stringent methane rule for oil and gas infrastructure, and sweeping emissions standards for new cars, regardless of Congress’s actions.

“EPA is at the center of the president’s ambitious climate agenda,” Regan said. “And in addition to the legislative pieces, EPA is already aggressively using its rulemaking authority to deliver the types of emission reductions that we need to protect people from climate pollution.”

“There is a central role that EPA has to play. At the same time, we’re watching this legislative negotiation play out,” Regan said, adding that “we’re trying to paint the picture that there is a marriage between the legislative discussion and the existing statutory authority that EPA possesses.”