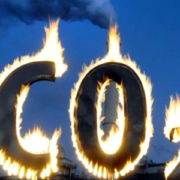 The concentration of atmospheric carbon dioxide surged past 420 parts per million for the first time in recorded history this past weekend — the measurement was taken at the Mauna Loa Observatory on the Big Island of Hawaii.

To be exact, On Saturday, the daily average was pegged at 421.21 PPM—the first time in human history that number has been so high.”

There is special significance in reaching and surpassing a concentration of 416 PPM. It means we’ve passed the midpoint between preindustrial CO2 levels, around 278 PPM, and a doubling of that figure, or 556 PPM.

The record of 421 PPM reached Saturday is just a single point and occurred as CO2 levels are nearing their yearly peak. But the levels over the past two months, of more than 417 PPM, signal that the annual average concentration is likely to exceed 416 PPM. 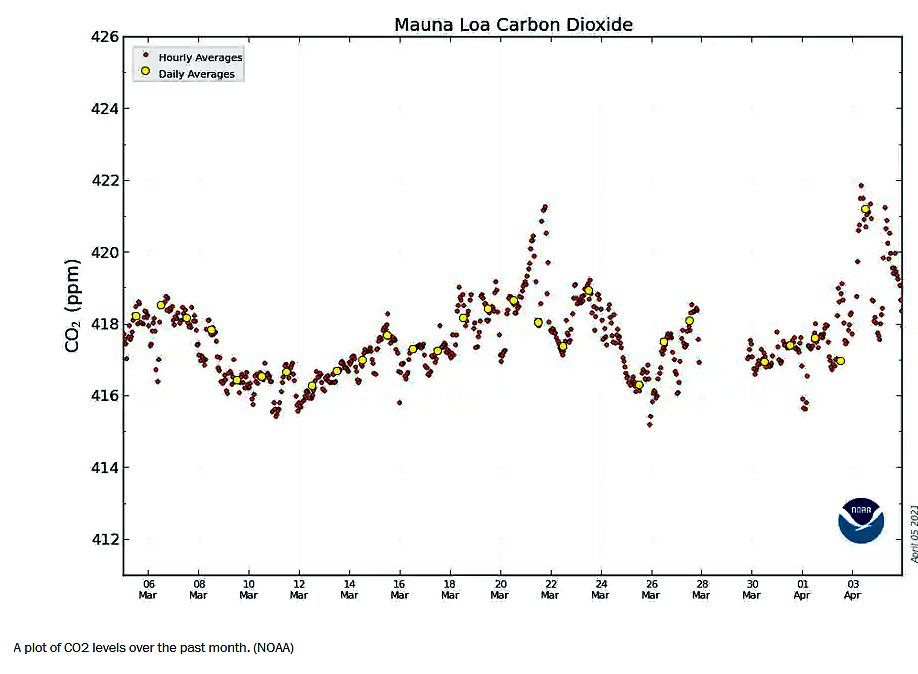 While the growing concentration of atmospheric CO2—which increases the global average temperature and the number and severity of extreme weather events—is a long-term trend that corresponds with the rise of fossil fuel-powered capitalism, it has accelerated particularly rapidly since the 1970s.

The atmospheric carbon dioxide number is the highest it’s ever been since NOAA began measuring in the late 1950s.

“We’re completely certain that the increase in CO2 is warming the planet,” Kate Marvel, a climate scientist at NASA, wrote in an email. “I’m even more certain CO2 causes global heating than I am that smoking causes cancer. The world is already more than 2 [degrees Fahrenheit] warmer than it was before the Industrial Revolution.”

In addition to the temperature increase, a warmer atmosphere supports more instances of drought in some areas and flooding in others, along with stronger hurricanes and typhoons and the potential for more storms to rapidly intensify in dangerous, unpredictable ways.

It takes more than a pandemic to slow the rise of global temperatures as emissions also rise.

Global emissions reduced temporarily in 2020 as a result of a drop in transport use and economic activity as the coronavirus pandemic struck.   But the emissions reduction in 2020 was not enough to substantially affect the buildup of carbon dioxide in the atmosphere, which continues to rise.  Much larger, longer-term reductions in emissions will be required to slow or stop the rise of global warming impacts.

Hawaii is Sending its Shrinking Base of Doctors to the ER

A 21st Century Power Struggle: bombs are out, bots are in!
Scroll to top