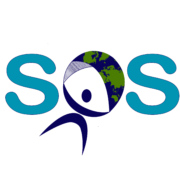 Ok, you’ve heard it before, but it bears repeating…”The Earth is changing faster than at any point in human memory as a result of human-caused global heating”.

Since the mid-1800s, when we began burning fossil fuels at an industrial scale, we have been modifying our atmosphere and causing the globe to heat up.

BeyondKona has published the graphs and supporting data, explained the science, providing validated findings and warnings… in short, the answer to this climate crisis from Hawaii to Alaska is the same: ignore the new climate heating reality we’re all creating, fail to change our behavior and continue with business as usual, and the problems we’re creating will become be a self-fulfilling outcome. 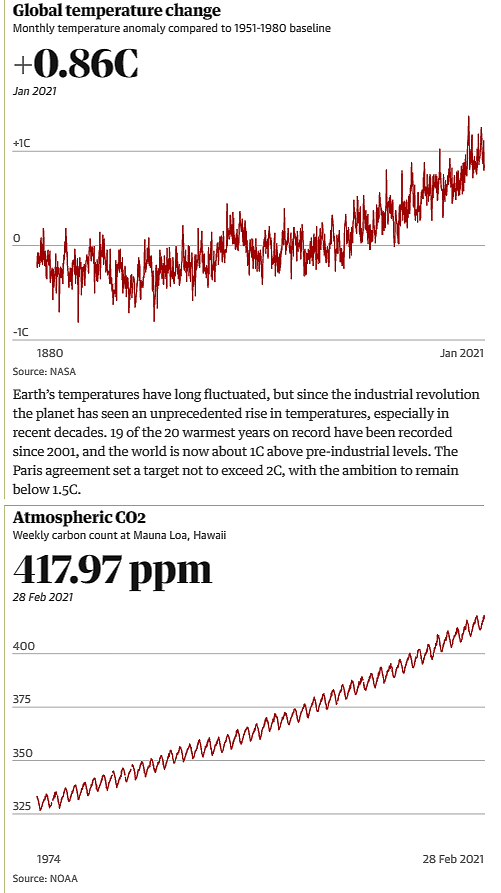 Scientists forecast that if the world passes 2C of heating above pre-industrial levels, the consequences will be catastrophic for billions of people around the world, as well as the residents, environment, and economy of Hawai’i. 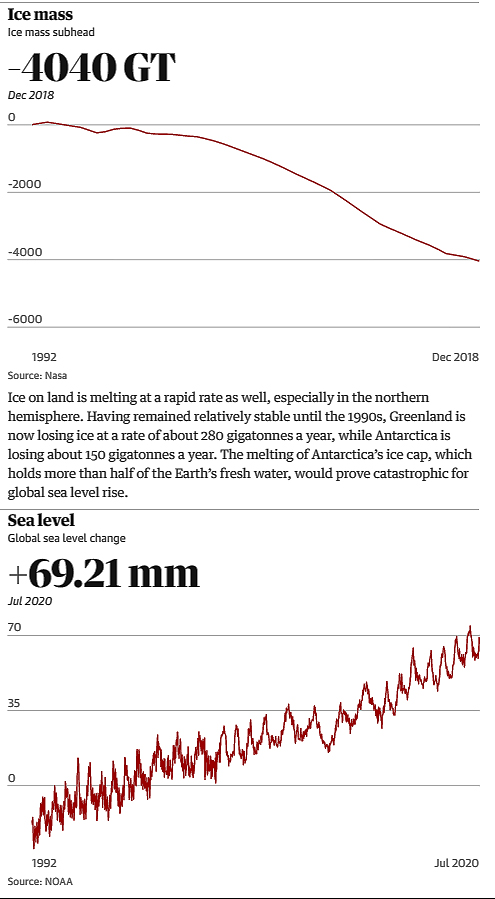 As the world warms, ice stored at the poles and in glaciers melts, and sea levels rise. The rate of rise has accelerated in recent decades, and is now estimated at 3-4mm a year.

Scientists have forecast that unless drastic action is taken to reduce emissions, sea levels will continue to rise and before the end of the century, will be catastrophic for many low-lying nations, island states like Hawaii, and populous coastal cities.  Think of it as an unwelcome gift to our children.

As for the planet on which we all depend, regardless of your political affliction, a global ecosystem and climate out-of-balance with each other will be no place to live for life today as we know it – and that includes humans.

While our ancestors have been around for about six million years, the modern form of humans only evolved about 200,000 years ago. Civilization as we know it is only about 6,000 years old, and industrialization started in the earnest only in the 1800s.

Since the industrial revolution, levels of CO2 in the atmosphere have soared to above 400 parts per million, the highest level for millions of years. Readings are taken at an observatory on the Mauna Loa volcano in Hawaii, and usually peak in May each year.  CO2 levels have consistently been recorded from the Mauna Loa summit dating back to 1959, and records since that time show a consistent rise, year-after-year, in CO2 levels.

Beyond more talk story, what can Hawai’i do?

For one, in this year’s state legislative houses have agreed on language for a concurrent solution, SCR # 44 which states…

DECLARING A CLIMATE EMERGENCY AND REQUESTING STATEWIDE COLLABORATION TOWARD AN IMMEDIATE JUST TRANSITION AND EMERGENCY MOBILIZATION EFFORT TO RESTORE A SAFE CLIMATE.

BE IT RESOLVED by the Senate of the Thirty—first Legislature of the State of Hawaii, Regular Session of 2021, the House of Representatives concurring, that this body acknowledges that an existential climate emergency threatens humanity and the natural world, declares a climate emergency, and requests statewide collaboration toward an immediate just transition and emergency mobilization effort to restore a safe climate;

The joint bill contains specific language as to actions and establishes priorities for those actions in addressing today’s climate crisis as a statewide response.

The Climate Emergency Declaration, concurrent resolution is scheduled for a public hearing this Friday, 3/12, and at 1 PM.

Public input on SCR 44, and as in written testimony, can be electronically submitted to:

A Brief History of Covid-19