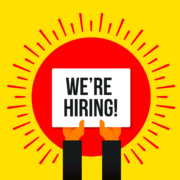 Hawaii maybe physically isolated from the mainland and the rest of the world, but the state’s economy is globally connected, with tourism and supply chain dependencies representing an integral part of the state’s social and economic fabric.

Presently, as much of the world crawls its way of out of the economic ravages of a global pandemic, there is talk of real and imagined inflation on the near horizon.

A variety of indicators that normally move more or less together are right now telling vastly different stories about the state of the economy.  Historic reminders of the postwar boom of the 1950s or the “stagflation” era of the 1970s provide analogies for economists, but the reality is no one knows what’s exactly happening right now.

The Federal Reserve’s public position on all this is that “in time” key economic indicators will demonstrate whether it’s just a stage in a strange moment for the U.S. economy presently marked by:

For Hawaii, these current supply chain shortages are creating inflationary pressures for some segments of the state’s economy. Particularly impacted is the state’s home construction market, with materials in short supply and builders facing ever escalating costs.  These current post-pandemic pressures and side effects are translating in a statewide shift from new home construction to existing home sales (real estate market boom), and a spike in the secondary demand for home remodeling services and materials. But that’s far from the whole story.

The good news for Hawaii’s restaurants, hotels and tourist trade employers is a strong return in demand for their services. The bad news, as on the mainland, many employers have voiced concern that they cannot find enough workers, despite an unemployment rate that remains higher than before the 2020 pandemic. 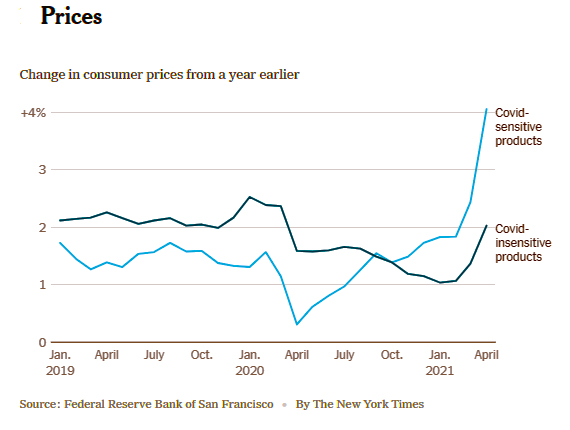 There is evidence to back up these concerns as job openings surge to record levels, but hiring hasn’t kept up.   Millions of people who had jobs before the pandemic aren’t even looking for work for variety of reasons not covered by cable news.

While wage growth remained relatively strong during the pandemic, at least compared with past recessions, low-wage workers, in particular, lost ground.

Businesses are offering low wages for jobs that workers consider risky during a pandemic, especially if they haven’t been vaccinated. A lack of child care is a barrier for workers with school-aged children. And the difficulty finding labor is not limited to low- or mid-wage jobs, with companies having a hard time hiring for higher-paid positions, too.

Many businesses that stayed open during last year’s lockdowns had to raise pay or offer bonuses to retain workers. As the pandemic restrictions ease, companies are raising pay again to attract workers.

Tomorrow, the Labor Department will release its monthly snapshot of the U.S. labor market. Last month’s report showed much slower job growth than expected, and economists will be watching closely to see whether that disappointment was a fluke – but don’t expect any definitive answers.

A second month of weak job growth could be a sign of a faltering recovery, or merely an indication that the temporary factors will take more than a couple of months to resolve. A strong report, on the other hand, could signal that talk of a labor shortage was overblown — or that employers have overcome it by bidding up wages, which could fuel inflation.

Hawaii’s population growth has been relatively self-regulating and stable for the past decade.  Population changes have been subtle and somewhat organic. The Pandemic open up a world of changes for Hawaii. 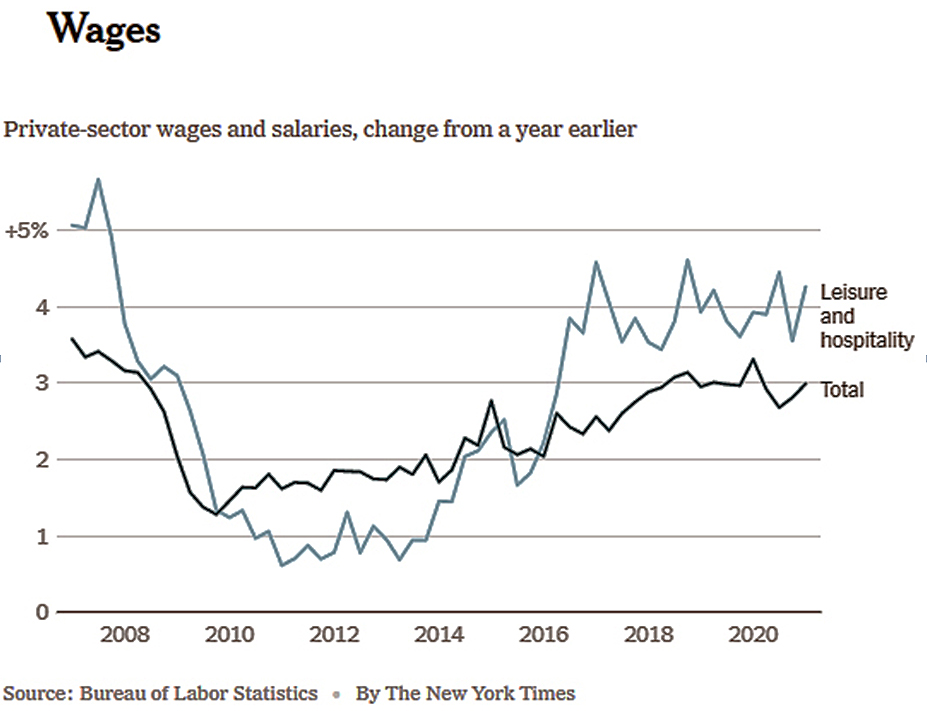 Consumers, flush with stimulus cash and ready to re-engage with the world after a year of lockdowns, are eager to spend, but some business segments lack the staff and supplies they need to serve them. Once companies bring on workers and restock shelves — and people have begun to catch up on long-delayed family vacations — Hawaii’s economic outlook should return to normal; maybe, maybe not.

Other factors are now at play and that’s far from the whole story.

“We can’t dismiss anything at this point because there’s no precedent for any of this,” said Ian Shepherdson, chief economist at Pantheon Macroeconomics, a forecasting firm.

To get a clearer picture, economists will have to look beyond the usual suspects, starting with consumer prices – which rose 4.2 percent in April from a year earlier, representing the biggest jump in more than a decade.

Behind those numbers, was the fact that the largest increases were mostly in categories where demand is rebounding after collapsing during the pandemic, like travel and restaurants, or in products plagued by supply-chain disruptions.

What would be more concerning to economists if price increases begin to spread across the rest of the economy, that would be the signal that inflation has arrived in full force and is here for the present.

Looking beyond the post-pandemic return of Hawaii’s tourists and the 25% of the economy dependent on tourist dollars, there are other important factors.

Technology and Immigration, Catalysts for Change

The pandemic forced many private sector and government offices to embrace remote workforces, even those that had been reluctant toward or wholly opposed to such programs prior. From doctor visits to essential government services, Zoom had entered the national lexicon. 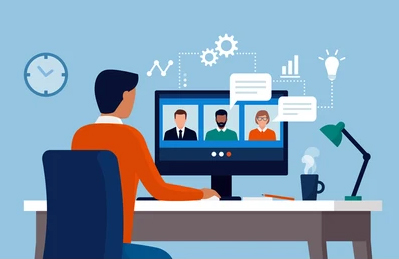 While the pandemic has caused many business leaders to see the benefits of allowing remote work, not all embraced its full potential. After all, telecommuting has been around for several decades, but for a variety of reasons, beyond call center applications, its use had been marginalized prior to the arrival of COVID-19.

So-called “telework” is not one-size-fits-all.  Some work does not inherently lend itself to telework.  The technology is here, but until the pandemic, companies and government agencies weren’t looking at it, as business as usual seemed sufficient.

Just a few years prior of COVID-19’s arrival in early 2020, the meteoric rise of mobile computing was further boosted by the introduction of high-speed mobile communications with the introduction of 5G network services, more common on the mainland.  The promise of broadband (line-based) communications was also boosted with the end-point deployment of fiber optic services to homes and business.

The Economist magazine reported in April that before the pandemic Americans spent 5% of their working time at home. By spring 2020 that figure was 60%. The shift has gone better than expected. People are working longer hours, but they report higher levels of happiness and productivity. As lockdowns lift, working from home is likely to stay.

How does all this translate back into Hawaii’s economy?  One social-economic trend already underway in the state is the arrival of new full-time residents.

Lacking quantifiable data at this time, anecdotal observations indicate many of the new arrivals are well educated, upwardly mobile, firmly rooted in technology careers, and transferring some their mainland wealth into higher-end Hawaii real estate purchases.

What this all means for then state’s transition to a clean energy and self-sustaining economy over the next two decades remains to be seen.