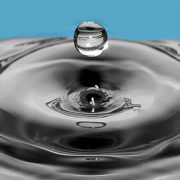 It’s been over a year since a series consecutive water well failures operated by DWS struck West Hawai’i.

The county Department of Water Supply states it has 11 of 13 deep wells up and running and serving North Kona, that’s up from 8 surviving wells operating as of January 2016.

A significant number of questions remain that cannot be answered by DWS encountering just a run of bad luck.  The Tribune Herald recently reported that significant “roadblocks remain between the department’s current standing and full system functionality.”

You may remember that a primary deep water well serving North Kona, the Waiaha well, first suffered a system failure in January 2016, then a repair contractor accident followed months later that left a replacement pump and cable stuck in the well shaft leaving open the question as to whether the equipment can be removed, and if it can be, and possible contamination of the well’s water source.  DWS says that if construction of a new replacement well is required, the price tag could reach $1 million dollars.

All this brings us back to the initial question, what caused 5 West Hawai’i DWS area wells to fail in January 2016?   What role, if any, did HELCO’s power supply play in the coincidental electrical failure of the pump motors serving the five subject wells from the same grid circuit, and what power protections measures did DWS take at the time to protect the well pumps from power surges?   Other equally important questions remain of DWS’ operation of a trusted asset, the public’s water supply.  A proposed price hike for water by DWS adds insult to injury by calling for a power-related rate hike from the current $1.62 per 1,000 gallons to $1.88 per 1,000 gallons. If approved, the change will take effect on April 1 and particularly hit hard will be Hawai’i Island’s agricultural community dependent on DWS supplied water.  A public opportunity for testimony on the proposed rate hike will begin at 9:30 a.m. in Hilo, on March 27.

With an increased sense of urgency, Hawaii County officials are reiterating a request for customers in North Kona to reduce water usage due to ongoing repairs of four different wells.

The Department of Water Supply repeated the message that a mandatory 25% percent water restriction remains in effect, likely throughout the summer as the agency attempts to repair four downed well operations impacting the west side of Hawaii Island.

During this time, it is vital to conserve water to avoid water supply outages in the effected service areas:

Waiaha is home to a 2 million gallon tank. While bringing it back online would ease tension on the system overall, according to DWS it won’t end the water restriction once it’s operational again.

DWS empathizes that water restrictions won’t likely to be lifted until at least one of the remaining three deepwells at Hualalai, Keopu and Palani start pumping again, sometime in November 2017.

Repair is on schedule and completion date is October 30, 2017.

Repair is on schedule and completion date is November 26, 2017.

Electrical materials and pump and motor are expected to arrive in August and September 2017.

Repair is on schedule and completion date is December 20, 2017.

Will Vog-Shrouded West Hawai’i Real Estate Valuations be next on Kilauea’s...
Scroll to top