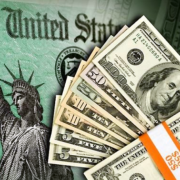 This year will see the beginning of massive Federal dollars being applied to the single largest investment in climate and energy in American history.

Within its energy and climate provisions, IRA appropriates approximately $11.7 billion in total for the Loan Programs Office (LPO) to support issuing new loans. These amounts increase loan authority in LPO’s existing loan programs by approximately $100 billion, and $5 billion for a new loan program, the Energy Infrastructure Reinvestment (EIR) Program (section 1706), designed to enable the retooling, repower, repurpose, or replacement of energy infrastructure assets that have ceased operations, while improving the efficiency of the power infrastructure that is currently operating. 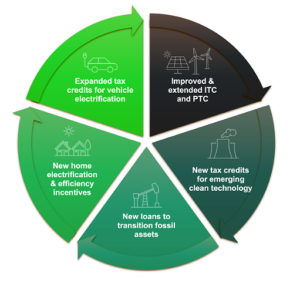 The Inflation Reduction Act is more than another Federal economic assistance program. It represents a sweeping national policy change that recognizes and seeks to address the realities of human-caused global heating consequences on America and the world.  It is the fulfillment of what has been in the political arena, decades of climate denial and unfilled mitigation measures.

What does this mean for Hawaii? The short answer is a lot.

The Inflation Reduction Act of 2022 (IRA) directs new federal spending toward reducing carbon emissions, fueling explosive growth in both renewables and energy efficiency. The commercial and industrial space will also see large deployments in electric vehicles and solar with new federal incentives. These are being matched with large investments in private capital thanks to tax credits in the Inflation Reduction Act.

Hawaii has established incentives of its own including battery storage and time of use rates where the commercial sector can greatly benefit. This provides load shifting and increases the efficiency of the grid as a result. Less reliance on expensive peak generation. Hawaiian Electric’s Power Move program and Battery Bonus program along with Hawaii Energy rebates for energy efficiency upgrades that shed loads like lighting, pumps and motors, smart controls, and energy management systems.

Battery storage is also benefitting from the Defense Production Act and prices will fall as new factories are built. We will see a lot more commercial fleets converting to electric vehicles with incentives for charging infrastructure driving the market. EVs greatly reduce fleet maintenance as well as fuel savings that are so high in Hawaii. Rental car companies could be a big player as Hertz and others are already making these investments.

Another powerful tool is energy-saving performance contracts which self-finance based on energy savings created. Many Hawaii state agencies have leveraged this third-party financing approach to retrofit buildings like the Honolulu Airport which combined traditional energy conservation retrofits like LED lighting with solar arrays. No upfront cost to taxpayers and it leverages taxable depreciation on assets unavailable to the government, and directly resulting in even more savings.

Energy activists and legislators need to take notice of the potential in the commercial and industrial space and push government agencies to do their own fleet conversions and building retrofits. With federal incentives and third-party financing like energy-saving performance contracts, now is the time to ride the wave of private investments and create jobs in Hawaii.

One area that needs more public notice is the impact in the commercial and industrial sectors as these represent really big numbers. This includes a range of products like heat pumps, motors, refrigeration, fans, boilers, and distribution transformers. Under the Energy Act of 2020, energy efficiency standards continue to be ratcheted up, and rebate incentives established to encourage deployment.

Distribution transformers are key to energy resilience and President Biden has invoked the Defense Production Act to address domestic production in the face of supply chain issues.

Climate change impacts have added to the urgency as utilities struggle to replace grid infrastructure caused by storms. This creates an opportunity to boost the deployment of new more efficient transformers. As all energy goes through distribution transformers, the savings potential is enormous. U.S. DOE estimates $15 billion plus the greenhouse gas emission reductions that would result.

The influx of essential and timely arrival of investment capital in the form of IRA funding, is just what the doctor ordered for Hawaii’s own transition to a clean and lower cost clean energy economy.

Off the Chart Temperatures Predicted as El Niño Returns in 2023