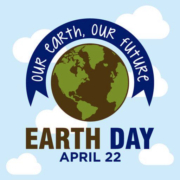 President Biden tells the world ‘time is short’; together we must address climate change… before it’s too late

The president announced Thursday that America would aim to cut the nation’s greenhouse gas emissions in half by 2030.  That’s one of the more aggressive near-term targets among wealthy industrialized nations, although the cuts are arguably not quite as large as what the European Union and Britain have already promised.

For President Biden’s target cuts to be achieved, a rapid shift to electric vehicles and clean energy, coupled to the expansion of forests nationwide, and the development and deployment of complex new carbon-capture technology  will be needed, along with other transformational national initiatives.

By the end of the decade, studies suggest that more than half of the new cars and S.U.V.s sold at dealerships will need to be powered by electricity, not gasoline. Nearly all coal-fired power plants would be shut down – a transition in a renewable energy trajectory that is already underway.  As carbon sinks, forests would also need to be expanded, and represent a “proven and most cost effective” means of carbon sequestration. The number of wind turbines and solar panels dotting the nation’s landscape are also projected to quadruple.

Just in the past decade, we have seen a rapid decline in renewable energy costs, with wind and solar now fully competitive with fossil fuels.  Greater technology advances in PV, battery storage, and wind power generation together have leveled the playing field. Hawaii already has some limited examples of this beneficial transition off fossil fuel dependencies.

Greater cost and technology efficiencies have also made their way into the advancements of electric vehicles, the foundation for Hawaii and the world to achieve a successful transportation transition to a clean energy economy.  Yes, it’s achievable, experts and researchers agree.  But such a transformation from business-as-usual represents an enormous challenge for all of humankind.

To get there, the Biden administration will need to put in place an array of new federal policies, many of which will face obstacles from fossil fuel stakeholders and their agents in Congress, the media, and in the courts.

Policymakers also recognize it will take more than flipping a switch to make the necessary economic, social and technology transformation.  It will require crafting measures that do not cause serious economic disruption or widespread job losses, while at the same requiring swift and decisive actions more akin to fighting a war, than the slow and deliberate pace of political obstruction,

For now, the United States has a head start. The nation’s greenhouse gas emissions have already fallen roughly 21 percent since 2005, according to estimates by the Rhodium Group, an energy research and consulting firm. Much of that decline came as electric utilities retired hundreds of their dirtiest coal plants shifting to cheaper and cleaner natural gas (50% of coal-fired  emissions), and zero emissions wind and solar power, most recently, with the addition of batteries and pump hydro power storage, providing a full time and 100% power replacement option for legacy fossil fuel power plants. 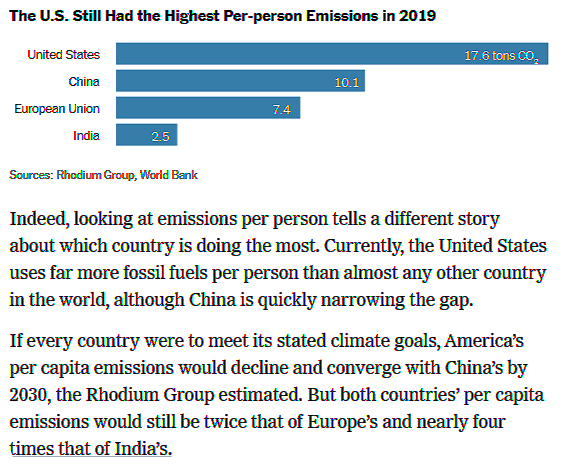 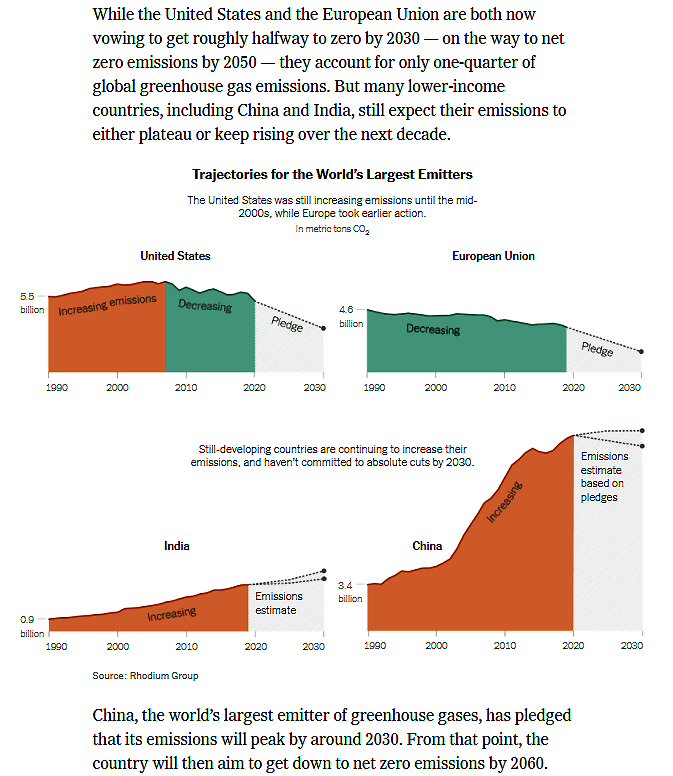 President Biden has already proposed a number of new climate measures. His administration’s infrastructure proposal, estimated at between $3 trillion and $4 trillion is an important and vital to a timely transition for America, and by example the world, into a sustainable and clean energy global economy. This is a time for bold actions, as the science of global warming and climate continue to painfully demonstrate – time is running out!

Tax incentives for clean energy and electric vehicles are a small but important component to a clean energy economy and a significant reduction in emissions. Separately, the Environmental Protection Agency will likely enact stricter regulations addressing for tailpipe pollution from cars and trucks, and separately, production-related oil and gas methane emissions.

The Biden Administration has also floated the idea of a national clean electricity standard that could require utilities to get all of their electricity from low-carbon sources such as wind, solar, nuclear or even natural gas with carbon capture by 2035. But that policy faces an uphill battle in a nearly evenly split two-party Congress of Democrats and the GasOilPollution Republican party. Even if the Biden administration can’t enact some of the more insightful and ambitious proposals, such as a clean electricity standard, there are other governance options available to the president.

With global warming concerns now at the top of some national polling, the United States could potentially make significant progress toward its climate goal by significantly expanding federal tax credits for a variety of clean energy technologies — including electric vehicles, charging stations, wind, solar and carbon capture — an idea that has historically found a more receptive audience in Congress and is popular with voters.

There is some precedent for this approach. President Obama expanded tax incentives for wind and solar power during his two terms, which helped drive down the costs of both technologies and fostered large new industries that now employ hundreds of thousands of workers. In December, during the Trump administration, bipartisan majorities in Congress agreed to extend tax credits for technologies like wind and solar power with relatively little fanfare

Another tool for change the Biden Administration can use is the Environmental Protection Agency.  The EPA can enact new regulations for automakers, as well as coal and gas plants and oil drillers to help fill the emissions reduction gap. While those rules would not require Congress’s approval, they could face pushback in a Republican leaning Supreme Court, but would provide the necessary signals for private sector initiatives that enable a transition to a nationwide clean energy economy, regardless of the politics directed by fossil fuel interests.

Recent reports however revealed a different story. Three out of every four board members at seven major US investment banks, presently have or most recently had ties to climate-conflicted companies or organizations – from oil and gas corporations to trade groups that lobby against reducing climate pollution. Many of these same banking interests have advocated the continued global subsidization of fossil fuels from extraction to tailpipe or smokestack. World Bank and IMF previously reported global taxpayer subsidies for fossil fuels exceeds $4.5 trillion USD annually.

The Administration’s Climate envoy, John Kerry, has called on global banking institutions to act on their words. Century old ties between money and fossil fuels run deep in both the private and political sectors representing formidable financial obstacles to reform and climate progress.

Hawaii – an island state in a rising sea of emissions

Ultimately, however, there’s one climate metric that matters most: How quickly the entire world can get to zero emissions and halt the warming of the planet.

To avoid many of the most catastrophic risks of climate change, such the collapse of polar ice sheets and sea-level rise, climate-driven super storms, and widespread crop failures  scientists have said that the world needs to zero out emissions from fossil fuels and deforestation by around mid-century.

Hawaii led the nation is establishing one of the first statewide policies for a 100% transition off fossil-fuels in the generation of electricity. It was an unprecedented step back in 2001, when Hawaii established its Renewable Portfolio Standard for the state’s electric grid.

Renewable energy policies, like those started in Hawaii, help drive the nation’s $64 billion market for wind, solar and other renewable energy sources. These policies can play an integral role in state efforts to diversify their energy mix, promote economic development and reduce emissions. Roughly half of the growth in U.S. renewable energy generation since the beginning of the 2000’s can be attributed to state renewable energy requirements.

The Hawaii State Energy Office, cooperation with the U.S. Department of Energy (USDOE), has pursued several strategic projects that are helping to advance Hawaii’s clean economy goals and support the state’s economic recovery, including job training for energy sector workers and an upgrade of web-based tools to assist in the permitting and appropriate siting of renewable energy projects.

The Biden Administration’s infrastructure plan, and the expected Federal funding, will come at a critical junction on the state’s path to 100% (locally produced and consumed) zero emissions clean energy production and consumption. It also comes at time in the global electrification of ground transportation – which in Hawaii accounts of more than 40% of the state’s CO2 emissions.

Federal infrastructure funding directed to Hawaii will also further the state’s clean energy and decarbonization programs at a critical time when state revenue growth is under pressure from the impact of COVID-19.

Four significant bills designed to advance Hawaii electrification of transportation have so far survived the rigors of the 2021 legislative session, and now have a good chance of passage:

Public diligence and political pressure will continue to be part of the solution which ensures local, national, and global transitions off fossil fuels. It is a mission which impacts all life on Earth and will continue well beyond the life of any single administration, public or private initiative. It is a generational mission for all humans as stewards of this living planet we call home this Earth Day, 2021.

A 21st Century Power Struggle: bombs are out, bots are in!