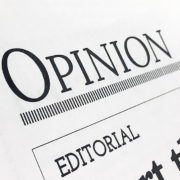 As Hawai’i struggles with balancing its state and county budgets, there is a larger tax game being played out in Washington D.C. — the Trump administration’s economic agenda and policies of bait and switch.

After the 2016 election and Trump became president, his party took total control of the Federal government. The following two years (2017-18) were racked with scandals, many still unfolding to this day. With all the media noise and daily Trump tweets, the GOP systematically pushed through a single minded party agenda: Federal Tax Reductions that favored mega corporations and the uber rich. The Federal tax reduction changes did offer a small carrot to all other taxpayers who currently enjoy a short-lived tax cut benefit scheduled to be erased in the next few years.

The Trumpeted cuts in Federal tax rates claim a new era of economic prosperity for America, but proved unpopular with the general public who soon realized the full consequences of the GOP tax reduction plan and who will pay for it.

The Administration’s bait and switch tax tactics arrived in the form of new and hidden taxes that Trump imposed last year as trade tariffs against key US trading partners, much of which negates a significant portion of the Federal tax cuts Trump crows about regularly. The tariffs Trump imposed last year affect a broad range of imports and have generated about $3 billion per month in new tariff taxes, according to new research published by the Center for Economic Policy Research in London.

Trump has said many times that China is now paying “billions of dollars” to the United States. But that’s not true. The Trump tariff costs “have been almost entirely passed through as domestic price increases on imported goods,” according to economists at Columbia University, Princeton University. That means American producers and consumers are paying more in hidden taxes in the form of price increases.

Trump favors tariffs as a way of making imports more expensive, which in turn as the theory goes, might lead to more domestic manufacturing and employment. Manufacturing employment did rise in 2018, but only slightly faster than it had been steadily rising under the Obama-led economic recovery of the previous 8 years and absent of no new trade tariffs. Even if every one of the 115,000 new manufacturing jobs gained during the last 6 months had been created because of the Trump tariffs, the cost, in new taxes paid by Americans, would equal around $156,000 per job. Most of those new manufacturing jobs pay far less than that in take home pay.

Trumpeted loudly, the current administration’s policy of tariffs ignores history and the role tariffs played contributing to the great depression of the 1930’s. Trump’s tariffs instead have produced a higher US trade deficit in 2018 than the previous year …and before tariffs.

Global trade balances, both surpluses and deficits, are tricky things for countries to manage in today’s world of economic inter-dependency.

The simplistic economic trade policy espoused by President Trump and manifested in heavy-handed tariffs has predictably produced unintended consequences obvious to everyone but the President.

Trade Policy – Another Tool for Advancing a Dirty Energy Agenda

Since taking power in 2017, the Trump Administration has actively engaged in a war on the environment, and by some measure, the future of humankind. BeyondKona continues to track and report on various undertakings by this Administration and its efforts to subvert the public interest in regulatory (mis)management by Administration agency directors at EPA, Energy, and Interior departments – with one primary goal in mind: to advance coal, gas, and oil interests at the public’s expense and increasing the peril from climate changes now occurring.

Less obvious has been the Administration’s agenda to roll-back America’s advancement and transition to a clean energy economy.

These same tariff benefits cited by Trump in bringing back manufacturing jobs to America make excellent media sound bites, but what does it really mean?  Trump, by his own rhetoric, is attempting to rollback the clock to the 1950’s when coal was king in America, and environmental considerations and costs were ignored by all but the human and economic victims of air and water pollution impacts of the time.

While this Administration conducts an all-out war on America’s globally competitive transition to a technically advanced clean energy economy, it has systematically rolled back environmental protections and clean energy tax investment incentives, opened for drilling previously protected and environmental sensitive public lands and marine habitats to fossil fuel extraction interests — all at fire sale prices well below fair market value. He has also attempted to strong arm electric utilities to join him in his fight to resuscitate a dying, high cost, dirtiest of domestic energy options; coal.

All this runs counter to common economic, scientific, social, and environmental sense.

Trade imbalances with America’s trading partners, including China, must be addressed, but the Trump way is the wrong way. Today’s news channels are echoing the Administration’s claims of victory and success in their trade negotiations with China — look beyond the headlines, and you’ll likely discover that any agreement with China will not appear as rosy as its portrayed – the devil is in the agreement details.

An economic benefit and effect from the previous Obama Administration’s energy policy years was that by 2017 solar and wind industries were each creating jobs at a rate 12 times faster than that of the rest of the U.S. economy, far exceeding the gas, oil, and coal fossil fuel energy sectors combined, according to a study published by the Environmental Defense Fund (EDF).

The EDF report finds that solar and wind jobs have grown at rates of about 20% annually in recent years, and represent a half million added jobs in the U.S. economy. Also, directly accountable to Trump’s policies and energy agenda, the solar industry suffered a loss of nearly 8,000 jobs in 2018, its second straight year of job losses after seven years of stellar growth. 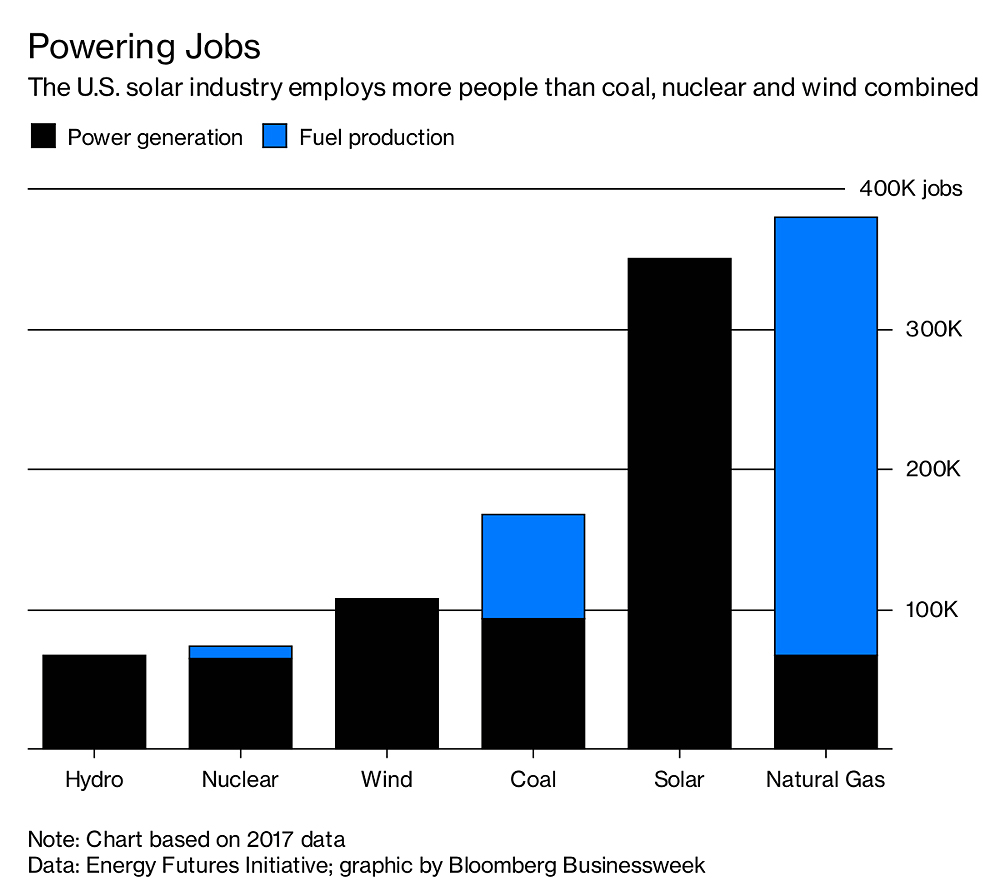 Most of the jobs in the U.S. solar industry are people installing solar-power systems on roofs, as well as jobs related to other parts of the supply chain, not manufacturing panels, as is the case here in Hawai’i. About 155,000 solar jobs, or two-thirds of the total, are in the installation and project development sector, according to The Solar Foundation.

In January 2018, Trump imposed a 30 percent tariff on imported solar panels as part of his trade agenda to target cheap products made by China and other Asian countries. The tariffs, to be levied over four years, are for 30 percent in the first year, 25 percent in the second, 20 percent in the third, and 15 percent in the fourth year. The industry’s main trade group blamed President Trump’s tariffs on solar job declines, and has called on the administration to terminate the tariffs — so far to no avail.

A separate study published by UCLA and the National Bureau for Economic Research finds the Trump tariffs cost American consumers and producers $68.8 billion per year in higher costs and lost output, with the tariffs paid entirely by Americans.  Tariffs, coupled to current tax policies which cost America’s middle class dearly, demonstrate there is good reason to be concerned about the 3 T’s.

UPDATE – as reported in the New York Times edition of March 8th:

“One of President Trump’s goals was to narrow the country’s trade deficit. But amid a global economic slowdown, weaker demand for American goods, a trade war with Beijing and Mr. Trump’s $1.5 trillion tax cut, the trade deficit has hit a record $891 billion.”

Forces Inside and Outside Hawai’i Shape the State’s Climate Fut...
Scroll to top