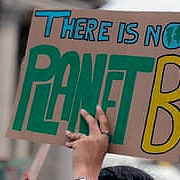 We often measure value in terms of money or time or both. But there is an overriding third element too often overlooked: opportunity.

Opportunity came knocking at the door of Hawaii’s 2019 legislative session when in the senate SB 690 was born. To be exact, it was on January 18th.  Simply titled: “Relating to Climate Change”, SB 690 set forth the ambitious task of addressing the problem of climate change and the global warming impacts in which Hawaii, so far, is ill prepared.

Perhaps if our legislators took time off from their busy schedules to notice the headlines, they would have been more focused on the subject and committed to working on solutions – the time to act is now…

“Study shows how destabilized natural systems will worsen man-made climate problems — the oldest and thickest sea ice in the Arctic has started to break up, further advancing sea level rise”

Nearly a month later, and a fair amount of legislative give and take and taxpayers money spent, SB 690, now slightly amended as SD 1, was referred to Hawaii’s Senate Ways and Means Committee (also referred as WAM or the meat grinder).  Something happened in the black hole of WAM law making processes, SB 690 was abandoned, and in its place a stepchild was offered up in the form of SB 393.  Without any legislative fanfare or justification, the overarching issue of our time was reduced to “Relating to Coastal Zone Management” — SB 393.

The differences between the original SB 690 and its replacement SB 393 were truly striking:

To be fair, there were some good legislative points in SB 393, however preparing for and reducing global warming impacts beyond improved coastal management and other limited half steps is the challenge before all of us.

In the end, even this modest attempt by the legislature failed to persuade most lawmakers – rest in peace, SB 393.

The effects of Climate Change and rising seas impacts on Hawaii’s famed beaches and resorts will also have to wait another year – perhaps for more delays and added costs for all of Hawaii’s stakeholders, certainly before any future and complete legislative solutions reach the Governor’s desk.

Baby steps by Hawaii’s law making bodies is a poor substitute for a running defense. This is no small task. The state must adopt policies and actions that will mitigate the economic, environmental, and social disruptions to Hawaii’s residents and the state’s economy, for both present and future generations. This is especially true when we are being chased by the Godzilla of all man-made impacts to our planet: global warming. 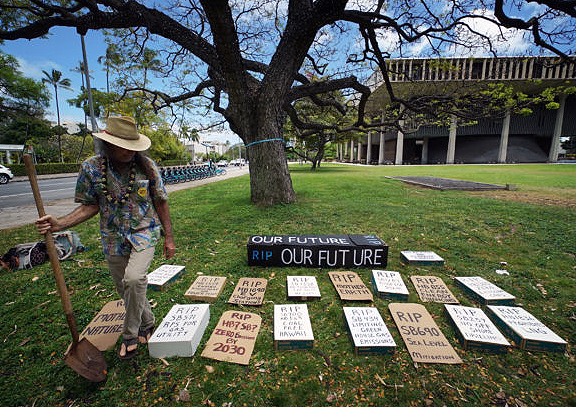 Last month, Sierra Club, Surfrider Foundation and several other groups banded together to demand an “emergency-level response” to climate change from Hawaii’s legislators, instead they got 74 climate measures which died before the 2019 session. Good and bad bills alike, which sought to address many pressing issues ranging from sea level rise and greenhouse gas emissions to single-use plastics, advancing solar power, and the adoption of electric vehicles.  There was no shortage of ideas, just what was needed, circumstances which demanded bold legislative Climate Change leadership, and got none.

Hawaii shifts into reverse on EV’s

Hawaii state policy has never been friendly to the idea of electric vehicles replacing fossil fueled transportation. When other states offered new EV buyers tax incentives that help with the higher purchase price and facilitated their state’s transition to clean transportation, Hawaii offered no such incentives to its residents.  Hawaii certainly recognizes by state policy the necessity to migrate to zero emissions transportation, and equally important the role this transition plays in reducing Hawaii’s dependence on imported fossil fuels that are a primary source for more than 60% of the state’s greenhouse emissions and a major contributor to local air pollution.  Yet for Hawaii’s EV owners, the state has not so much as said mahalo for its citizens’ contributions to the state clean energy and climate goals.

Along comes SB 409 and the bill’s passage this month. It is a bill that singles out EV owners for newly created tax, a surcharge added onto the annual vehicle registration fees for all EV owners.

Hawaii’s nascent adoption of EV’s is just that — with EV’s presently representing less than 1% of all registered vehicles in the state. Now EV owners must negotiate a legislated speed bump, courtesy of Big Island’s very own Senator Lorraine Inouye — who was so happy with the passage of her bill SB 409, it’s rumored that she was seen dancing down the statehouse halls singing that old Beach Boys tune “…she’s real fine my 409”,  an ode to the past glory days of fossil-fueled cars — https://www.youtube.com/watch?v=frtVqCZub-0

Inouye’s justification for SB 409 and its EV surcharge tax is simple enough, like her reasoning “…electric vehicles damage the roads.”  As if Hawaii’s annual vehicle registration fees are not already high enough, when it comes to road damage perhaps the good senator should have considered taxing the sun, which does its own fair share of road damage.  But this legislature couldn’t determine how to tax the sun so they settled on the next best thing, EV’s powered by Hawaii rooftops and the sun.

The reality is fuel types do not determine the degree of “damage” to Hawaii’s roads, rather it is vehicle weight that drives road wear and tear. 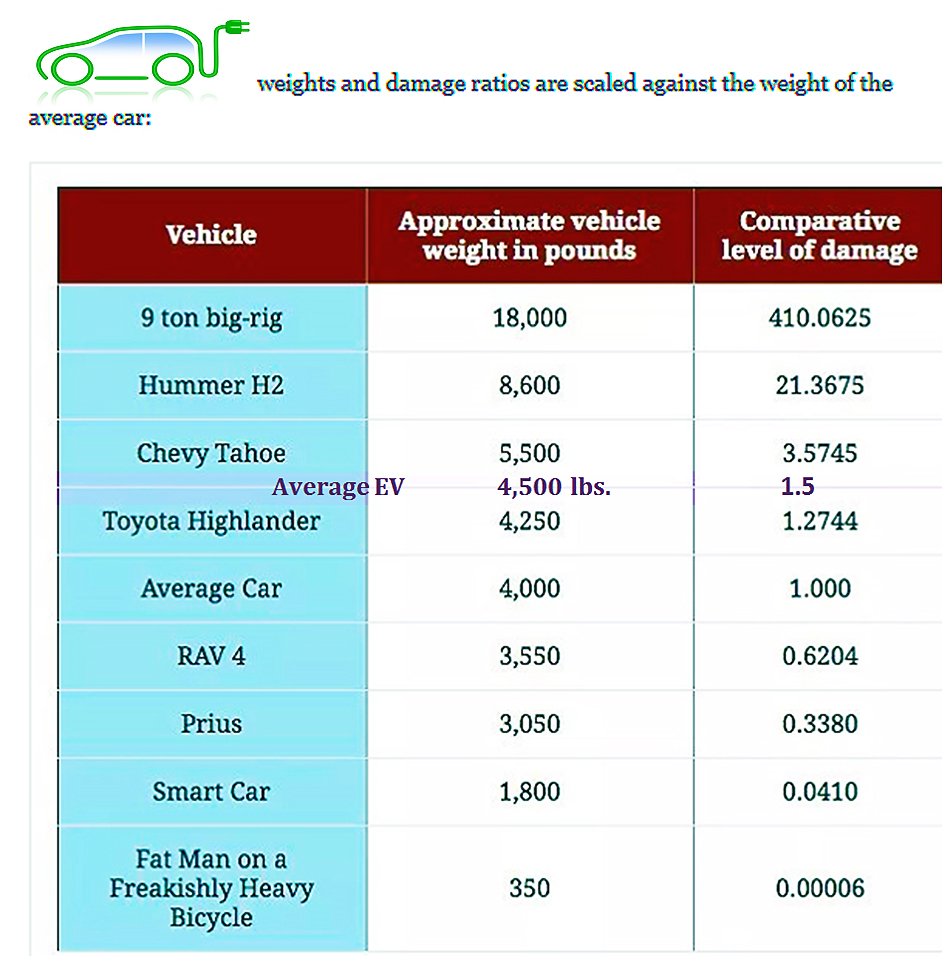 The passage of SB 409 represents no less than a significant statewide policy shift that runs over the Hawaii’s climate change mitigation efforts, and by extension, clean energy and sustainability goals.

Senator Ruderman (also Big Island) pointed out in an attempt to reason and offer a much-needed climate reality-check for Lorraine and other colleagues before the final vote … that the world has 10 to 12 years to address climate change before we pass the point of no return. Ruderman went on to remind his colleagues that the entire basis for SB 409 is flawed. That Hawaii’s roads are damaged by the heaviest vehicles, heavy trucks, and that SB 409 not only sends cross-signals as to the state’s commitment to address the challenges of climate change, but it makes no sense. We couldn’t agree more.

Just last fall, the Trump administration was forced to release a federally-mandated major climate report that is produced every four years by more than 300 independent and government scientists. Writing in the Fourth National Climate Assessment, report author Brenda Ekwurzel said the findings made it clear …”climate change is not some problem in the distant future.”

The report went on to state…“It’s happening right now in every part of the country. When people say the wildfires, hurricanes and heat waves they’re experiencing are unlike anything they’ve ever seen before, there’s a reason for that, and it’s called climate change.”

It’s no secret that the world is already seeing the effects of climate change. A NASA website section dedicated to the subject notes shrinking glaciers and shifting plant and animal ranges as evidence that it’s happening in real time with past predictions now coming to fruition through loss of sea ice, intensified heatwaves, and sea level rise around the world.

The window of opportunity to make a difference may have closed on Hawaii’s 2019 legislative, but not entirely for Hawaii’s citizens whose voices matter.

SB375 — Requires the Department of Ag and the Governor to develop a strategic plan to double local food production and increase food exports by 2030.

SB390 — Requires the Department of Ag to create a dollar-for-dollar matching program for beneficiaries of the federal Supplemental Nutrition Assistance Program to purchase Hawaii-grown produce.