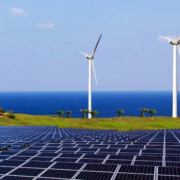 An Open Letter to Governor Ige

I’m writing this letter on behalf of myself and others within our island community urging you NOT to sign into law SB 2510.

SB2510, sent to you for ratification, represents a fundamental and misguided change to Hawaii’s long standing RPS clean and sustainable energy objectives.

Hawaii’s energy policy and its execution may not be a subject most residents follow closely. However, there is a firsthand public understanding as to the costs of living in Hawaii and the role energy plays in household and business budgets. There is also a growing public awareness of climate and environmental costs coupled with energy combustion options, be they fossil fuels or biomass applications – costs which extend into all aspects of society, including economic, public health, and the rich island environment on which we all depend.

The burning of trees and trash is set for statewide expansion, as envisioned in SB 2510, and carries with it similar climate and health consequences to that of burning fossil fuels. SB 2510 ensures that Hawaii’s air pollution problems will increase. With an anticipated partial off-set in the electrification of the state’s transportation in vehicle emissions, increased power demand through local fuel production and combustion will unnecessarily off-set a lowering of vehicle emissions. This will occur as fossil fuel production emissions presently produced off shore are swapped for locally-generated biomass energy production emissions. A problem easily avoided through zero emissions energy options presently available to Hawaii electric utilities.

Within the last two years Hawaii has faced its share of social and economic challenges, e.g., a global and ongoing pandemic, fossil fuel energy markets in turmoil, and most recently, an embargo on Russian oil imports impacting HECO (among others) energy supply chains and fuel contracts.  Perhaps, recent events account for the Senate’s panicked response to RPS energy reforms (lost opportunities from previous sessions) in this year’s rush to create and pass SB 2510, but such actions have now resulted in significant and unfounded energy policy changes with unintended consequences.

If this legislation does become law, it will not only represent an overall set-back in Hawaii’s transition to a clean energy economy, but with implications for rising public energy costs and greater hospitalizations.

Along with extensive promotional taxpayer subsidies within a companion bill SB2511, together, these two bills are designed to fast track and otherwise promote biomass combustion-based energy outcomes ahead of all other reasonable options governing Hawaii’s energy future — bad energy policy by any measurement.

SB 2510 is rife with false assumptions and a fundamental lack of legislative understanding and due diligence required to justify a so-called firm-energy policy primarily manifested in unsustainable and polluting biomass energy burn options, while fully ignoring the public health consequences and overall societal costs.

The Public Utilities Commission, Office of Planning and Sustainable Development, Hawaii State Energy Office, the Elemental Excelerator, and other agencies have raised serious SB 2510 concerns, citing among things the entire decision premise of emerging technologies, and the winner-loser energy percentage mandates of the bill. They agree that;

When Hawaii’s energy alternatives are clean (zero emissions) energy sources and combined with reliable storage options, and finally, when scaled to the task to serve as 24×7 on-demand energy available alternatives the goal and definition of “firm energy” is fundamentally different than as defined in SB 2510.

Grid energy projects demonstrating the potential of zero emissions energy options fulfilling the firm energy role are currently operating in Australia and California energy markets. The firm energy assumptions on which SB2510 is based fail the test of completeness and truthful analysis by favoring so-called biomass “firm” energy options, and certainly do not merit regulated energy preferences as set forth in SB 2510.

Dictating which energy replacement sources, and how much, is fundamentally contrary the energy marketplace and aforementioned facts of why energy choices matter and must be made based on cost, performance, climate, social, health, and environmental impacts or benefits, and not by politicians and energy lobbyists.

During your two terms as Governor of Hawaii you have demonstrated a unique and professional understanding of Hawaii’s underlying electricity challenges. You’ve also assisted in the state’s transition to a 100% renewable, sustainable, clean energy electricity system viewed favorably by Hawaii’s residents.

Every retiring governor asks themselves the question: how will I be remembered, by my public accomplishments or my mistakes? Setting Hawaii on a course to a clean energy economy is a worthy accomplishment for any governor past or present – fulfill your accomplishments as Governor and veto SB 2510.

The Myth of Biomass 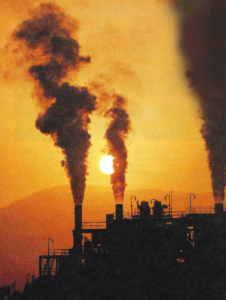 Burning biomass emits large amounts of pollutants, just like burning other solid fuels such as coal. Burning organic material emits particulate matter (PM), nitrogen oxides (NOx), carbon monoxide (CO), sulfur dioxide (SO2), lead, mercury, and other hazardous air pollutants (HAPs) — as is the case with Hu Honua biomass energy facility, Hawaii Island — if allowed to proceed with its operational requests before the state PUC and/or win through litigation and / or political and financial influence, and further supported through a well-funded media campaign now playing out in the  state’s top newspaper (the Star Advertiser) and through HPR radio.  Stay tuned, local TV ads are likely next.

As previously cited, when biomass fuels are burned the stored carbon and other greenhouse gases are released into the atmosphere.  Scientific and health organizations correctly defined the public health consequences conventional biomass options this way…  “Biomass is far from “clean” – burning biomass creates air pollution that causes a sweeping array of health harms, from asthma attacks to cancer to heart attacks, resulting in emergency room visits, hospitalizations, and premature deaths.”

There is a growing public awareness among our residents as to impactful changes global warming is having on our local climate, and by extension our island state’s environment, as well as our social and economic future.  If SB 2510 is signed into law it will represent a set-back in Hawaii’s transition to a clean energy economy and sustainable future, with side effect implications measured in rising public health costs and greater hospitalizations.

Taking the uncertain energy path to so-called “firm energy” alternatives and burning our way to satisfy electricity demand is neither sustainable or renewable as in sunshine and Hawaii’s tradewinds. However, the Hawaii envisioned in SB 2510 over the next 20 years, will be loaded with higher than necessary energy, environmental, and climate costs for our island communities. Who pays? The short answer is Hawaii’s residents and an Aloha spirit respectfully to all things living.