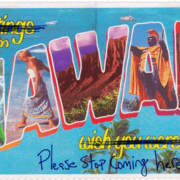 Hawaii’s tourism industry has been devastated by the COVID-19 lockdown.

With virus growth rates relatively flat on the islands, state officials struggle with re-opening and setting priorities: the economy vs. public health and safety.

Thanks to Hawaii geographic isolation, a statewide stay-at-home order and a mandatory 14-day quarantine for all arrivals, together this policy has been primarily responsible for one of the lowest rates of Covid-19 in the US.

But the quarantine essentially halted tourism in Hawaii, which accounts for a quarter of the state’s economy, and as a result, nearly one-third of the state’s working population has applied for unemployment.

Previously, Governor Ige, announced a phased approach to opening the non-tourism economy, or kamaʻaina (local) economy.  The plan reopened auto dealerships, car washes and pet grooming services in May, while waiting until June to consider reopening higher-risk businesses, such as gyms, hair salons, and theaters.

The governor also confirmed earlier that the mandatory 14-day quarantine for all arrivals would stay in place through June, a restriction just lifted for inter-island flights, as of June 16th.  The finer details of how the tourism economy – bars, hotels, convention centers – will be reopened has yet to be released.

According to Hawaii’s Department of Business, Economic Development & Tourism, the state has so far lost 78,000 jobs related to tourism-intensive industries (hospitality, trade, and transportation).  Assuming the visitor industry starts to fully reopen by September 2020, it is projected to recover to a level of 30 percent of arrivals (from same month in 2019), and up to 45 percent of previous levels by December 2020.  No cruise ship visitors are expected until second half of 2021.

Can Hawaii open up to tourists without letting in the coronavirus?

With the recent upswing in U.S. coronavirus (Covid-19 ) case counts in state’s leading in the race to reopen back up for business, Hawaii faces the prospects of thousands of tourists returning to the islands, and some will be infected with coronavirus and also asymptomatic in which airport temperature checks of arriving passengers will be mostly useless for the screening of this virus-active segment of the population.

One idea currently being floated by government officials is waiving the quarantine restrictions for new visitors is that each passenger Hawaii-bound present proof recent negative test results prior to boarding their flight to Hawaii.  The process and stakeholder responsibilities for managing such a system have yet to be worked out. 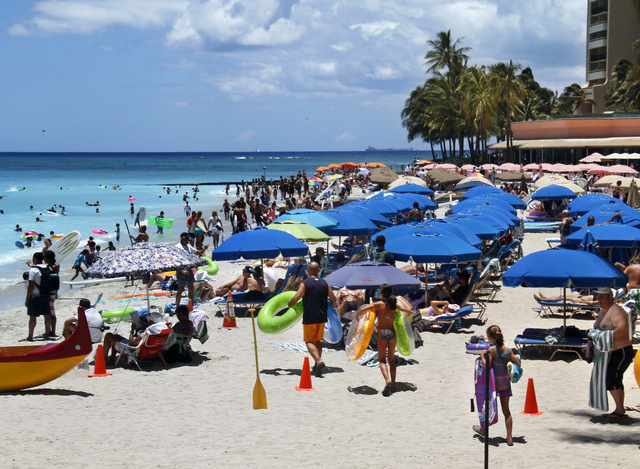 One suggestion is that people take a COVID-19 test 24 hours before flying to Hawaii, and individuals who share their negative results with the airlines and/or state prior to boarding to qualify for a 14-day quarantine waiver on arrival.

Such a system won’t be flawless, since test results are not always accurate. People flying to Hawaii might still be exposed to the virus while traveling or at any point after their test results and before their arrival in Hawaii.

The median turnaround times for COVID-19 test results are approximately 7-8 hours, once test samples are received at a qualified mainland testing facility.  According to Hawaii’s DOH, specimens are collected in Hawaii and be sent to a private or state lab take upwards to 3 to 4 days for test results.

But with its flaws, a pre-qualification to fly to Hawaii testing certificate would likely stop the vast majority of asymptomatic people who would have flown into the state with Covid-19, making it an effective screening tool to keep the number of new arrival cases low.

Hawaii’s lieutenant governor, Josh Green; the US congressman Ed Case; and local lawmakers have expressed support for a screening strategy that includes pre-testing for the coronavirus, while the Federal Aviation Administration and the US Department of Transportation have said it would be possible, but testing and screening details have yet to be worked out between the Feds and the state.

As the theory goes…maintaining low rates of Covid-19 will probably encourage visitors to come to the state, as they will think of Hawaii as a safe place. It will also make residents who are weary of visitors – a handful were caught breaking quarantine after posting pictures of themselves on the beach or other quarantine violations – more confident about allowing tourism to return.

Testing, contact tracing, and isolation methods also needed to be bolstered before the state allowed tourists to come back, and ensure the safety of Hawaii’s residents.  In early May, the state’s department of health said it was increasing the number of trained contact tracers who will help in the tracking of infected persons and who may have come in contact with residents, in order to slow or stop the spread of the virus.

It will likely take Hawaii longer to recover than states on the mainland with more diversified economies. At the same time, it is generally recognized, outside the state’s tourist industry, that Hawaii must diversity its economy and lessen its dependency on Tourism. The questions are what form such a needed economic transition would take, who would benefit, and how to ensure the transformation will be economically sustainable and equitable for Hawaii’s residents and business interests.

The state has already seen a loss of population for the past three years in what has been described as a form of economic flight, and the pandemic is likely to accelerate that trend without fundamental economic reform that addresses both the state’s dependency on tourism and its need for greater economic diversification… going back to business as usual is no longer an option in the new post-pandemic world economy.  Hawaii may be a magical place, but there is no longer room for magical thinking when it comes to state’s future.

Electric Vehicles of All Sizes Are Beginning to Disrupt Big Oil

Think BIG – Big Island Green, that is …
Scroll to top