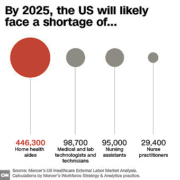 Hawaii’s physician shortage is a serious and growing statewide problem.

A rising trend in all island counties

Dr. Michelle Mitchell, a Hilo family physician described the situation this way… “We are all overworked before we entered a pandemic. And now we’re extremely overworked.”

Including all 50 states and Washington D.C. — when it comes to physician pay, Hawaii is at bottom of the pay scale, and with the highest cost of living. 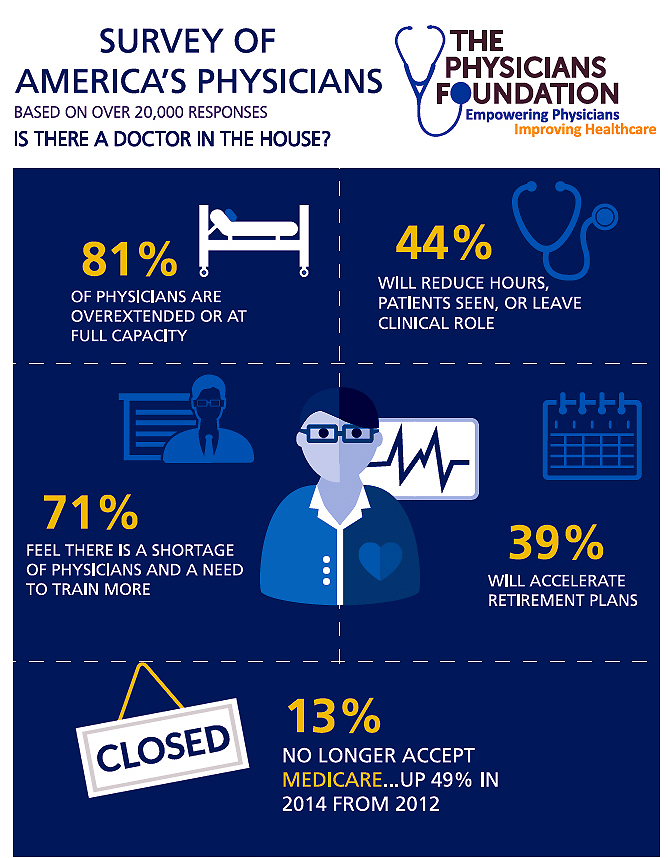 The U.S. Census Bureau estimates that about 27 percent of Hawaii’s population will be over age 60 by the year 2030, an increase of 33 percent from 2012

The proportion of Hawaii’s population that is over 60 is growing much more rapidly than the proportion that is under 60. This growing elder group also represented greatest percentage of medical pre-existing conditions which are under some kind of doctor and or medical specialist management.

The demand for doctors, specialists and medical support services is not the root cause or explains the reason for Hawaii’s doctor shortages. In fact, it’s the one sector of the state’s economy that shows the greatest promise for growth, i.e. medical services.

Lisa Rantz, president of the Hawaii Rural Health Association and executive director of the Hilo Medical Center Foundation, said that because private practice doctors are not exempt from the state’s general excise tax, a doctor in Hawaii can expect to make comparable income to a doctor in rural Ohio, balanced against struggling to make a living in one of the highest cost states in America.

In fact, if the COVID-19 Pandemic has demonstrated anything, it is how fragile and inefficient America’s medical system today is, even as automation seeks to stream line and lower costs, it still takes doctors, specialists, and a medical infrastructure to deliver 21st century medicine.

Hawaii could be leader in medicine, and create the foundation for an economic renaissance that is no longer dependent on the economic swings of the tourist trade.

With an increasing national and international population of retirees, Hawaii could take a cue from Florida in developing a diversified economy, in part catering to a retiring class of Americans with wealth spend in the state they call home.

A Brookings study last year found that from 1989 to 2016, the median net worth of families with a head of household age 65 or older increased by 68 percent.

If Hawaii’s state legislature seeks to address the inequalities among its resident population, Robin Hood tax schemes will only feed the exodus of its population now paying the majority of state taxes and funding programs dear to many of the state’s political class and its union supporters.

On the other hand, state policies which encourage the growth of medical services and the development of associated support services will be quality high paying jobs, each contributing to Hawaii’s economy, and they will provide the foundational draw for retirees seeking Aloha and quality medical care as they age and spend their retirement dollars, and a welcome change for a grateful and growing kupuna population.

A Pandemic, Doctor Shortages, An Aging Population, and a Tax-Happy State Legislature – the perfect Storm

Hilo radiologist Scott Grosskreutz, who helped form a Hawaii Physician Shortage Crisis Task Force to work with the state Legislature on the issue, said Hawaii County has an estimated 53% fewer physicians than similar-sized communities on the mainland.

Furthermore, more than one-third of the doctors the county does have are 65 years old or older, meaning many will retire soon, leaving the county in even worse straits.

This year’s legislature has multiple tax bills designed raise and/or create kinds of taxes in a mad dash to raise revenue. On such bill, SB 56, designed raise state income taxes on the so-called rich, would among other things, impact resident medical practices and would raise taxes on doctor salaries. It’s like pouring gasoline on a fire you’re trying to put out.  SB 56 is but one more example of ways to disincentivize doctors from setting up shop in Hawaii, and for existing medical practices to close down.

“It seems like there’s not a good understanding (in the Legislature) of how physicians are trained,” Grosskreutz said. “They forgo 10 years of employment opportunities during med school and residencies and fellowships … so they enter the job market in their 30s, saddled with $250,000 in student debt, and then they have to pay to move to Hawaii and set up.”