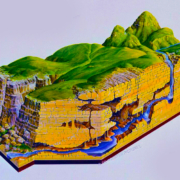 A newly discovered transport mechanism of Hawaii’s Island’s fresh groundwater may be a mechanism for renewable offshore fresh water reservoirs, which are considered more resilient to climate change-driven droughts, and a new water resource for the island. 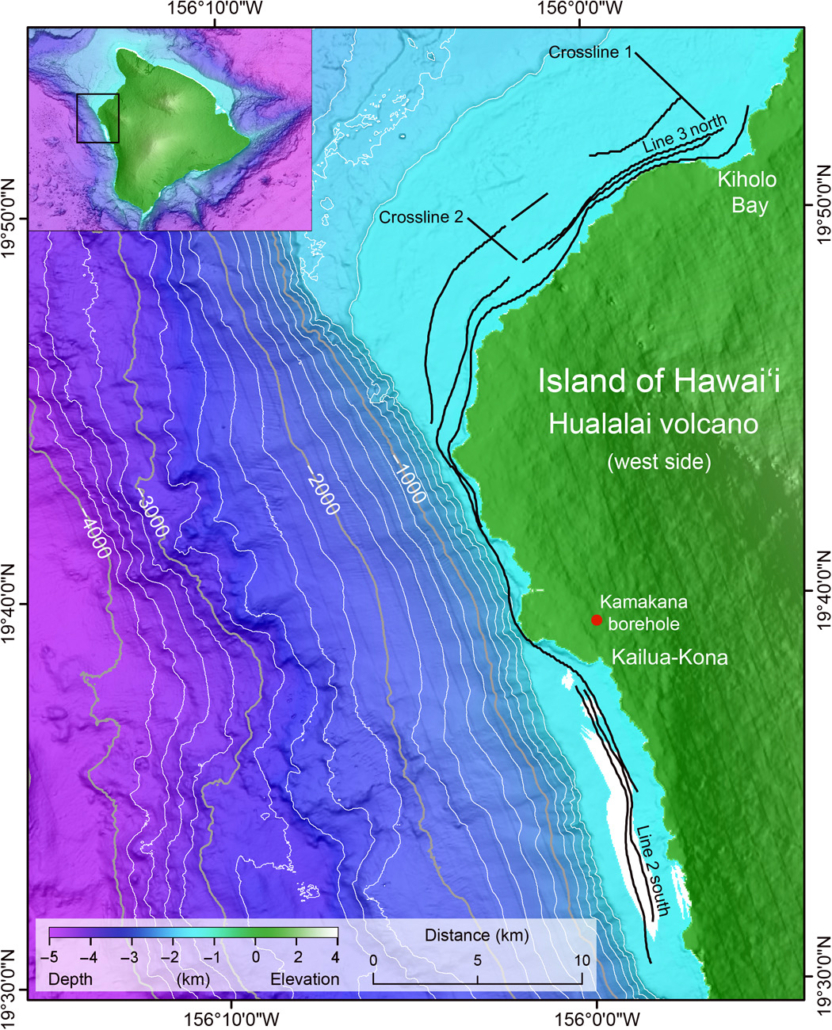 There are few things on the island of Hawaii that are more valuable than fresh water. This is not because the island is dry. There is generally plenty of rain, but less predictable with a changing climate.  Hawaii, like many places around the world, face increasing demand for clean, fresh water.

In the case of the Big Island, much of it that does not accumulate on the island’s porous surface, and quickly disappears.  New research by marine geophysicists reveals that underground rivers running off the Big Island’s western coast are a key force behind this vanishing act.

Fresh water is often pumped on the island from aquifers formed from rain at higher elevations where it is easy to access. The drawback is that if too much water gets pumped to meet demand, little remains to travel through rocks to farms and fragile ecosystems that depend upon it. To make matters worse, recent studies have revealed that these aquifers are also heavily leaking somewhere else. 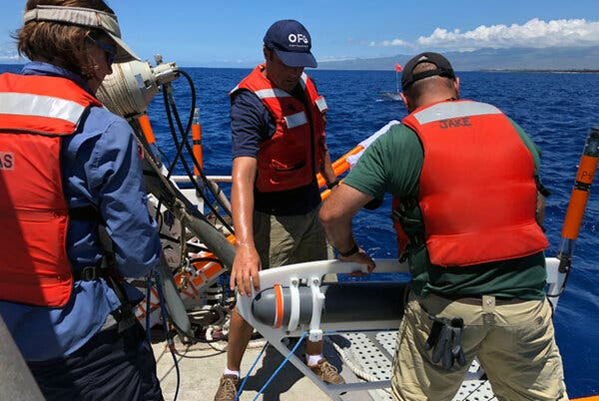 “Everyone assumed that this missing fresh water was seeping out at the coastline or traveling laterally along the island,” said Eric Attias, a postdoctoral researcher at the University of Hawaii, who led the new study published Wednesday in Science Advances. “But I had a hunch that the leak might be subsurface and offshore.”

The big island of Hawaii is like an iceberg. Only a tiny fraction of the island sticks out of the ocean. The rest is submerged. To study the hydrogeology of these sections, Dr. Attias turned to electromagnetic imaging.   Ocean water conducts electricity exceptionally well because of the presence of dissolved salt ions. By comparison, fresh water is a rather poor conductor. Aware of these different electrical properties, Dr. Attias worked with a team at Scripps Institute of Oceanography towed a 3,200-foot long system behind a boat that emitted electromagnetic fields down through the submerged coastal rocks near Hualalai volcano on the west coast.

Hawaii Island underground rivers of fresh water are flowing 2-½ miles out into the ocean.

Dr. Attias’ work shows that within the rock of the island below the waves, there are rivers are flowing through fractured volcanic rock and surrounded by porous rocks that are saturated with salt water.

To access this water, Dr. Attias proposes a system similar to an offshore oil platform. “The water is already under high pressure, so little pumping would be needed and, unlike an oil pump, there would not be any threat of pollution. If you have a spill, it’s just fresh water,” he said.

“I am excited to see wells drilled into these offshore aquifers so we can find out how fresh this water is and whether or not we can produce large volumes without pulling seawater into the system,” said Mark Person, a hydrogeologist at the New Mexico Institute of Mining & Technology.

Dr. Attias speculates that the discovery could be relevant to other islands, too.  “Given that Reunion, Cape Verde, Maui, the Galápagos and many other islands have similar geology, our finding could well mean that the water challenges faced by islanders all over the world might soon become a lot less challenging,” he said.

The Scientific Finding, and Cautionary Note

The onshore aquifer at the island of Hawai‘i exhibits a notable volumetric discrepancy between high-elevation freshwater recharge and coastal discharge.  In this study, a novel transport mechanism of freshwater moving from onshore-to-offshore was discovered, offering a potential fresh water source for Hawaii Island in times of drought.

Between all of this salt water and the flowing fresh water are thin layers of rock formed from compacted ash and soil that appear to be impermeable and thus keeping the two types of water separated.   “It looks quite plausible that there is a whole lot of fresh water down there beneath the ocean,” says Graham Fogg, a hydrogeologist at the University of California, Davis who was not involved in the study.   “The fresh water that they have discovered is clearly being actively fed by the aquifer on the island,” he said. “This means that the entire aquifer system is connected and our draining of this new water could adversely impact island ecosystems and water availability for pumps on the island.”

Covid-19 – what 700 Epidemiologists Think Is Next