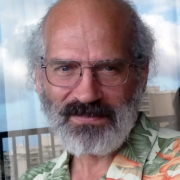 Clean energy, climate and zero emissions EV bills which survived the legislative blender of 2021 are now siting on Governor’s Ige desk awaiting his signature and need your support.

The Senate passed a strong version of the resolution. The House passed a substantially weaker version. Yesterday, the Senate agreed to the House version.

“Based upon the scientific information and expertise available, Hawaii remains particularly vulnerable to the dangers of disaster occurrences as a result of the effects of global warming, thereby endangering the health, safety, and welfare of the people, warranting preemptive and protective action.”

“The Hawaii State Constitution adopts the public trust doctrine for the benefit of the people and the right of each person to a clean and healthful environment.”

“The Senate of the Thirty-first Legislature of the State of Hawaii, Regular Session of 2021, the House of Representatives concurring, that this body acknowledges that an existential climate emergency threatens humanity and the natural world, declares a climate emergency, and requests statewide collaboration toward an immediate just transition and emergency mobilization effort to restore a safe climate.”

“Entities statewide are requested to pursue these climate mitigation and adaptation efforts and mobilize at the necessary scale and speed:

(2)  Facilitation of investments in beneficial projects and infrastructure such as zero emissions energy; electric vehicles, including clean fleet transitions for the State and counties; energy efficiency; reforestation; afforestation; climate-smart agriculture; and climate-friendly land use.”

“BE IT FURTHER RESOLVED that the State commits to statewide action that is rooted in equity, self-determination, culture, tradition, and the belief that people locally and around the world have the right to clean, healthy, and adequate air, water, land, food, education, and shelter.”

The question is, what comes next?

Resolutions — as opposed to bills — express the intent of the Legislature. Resolutions are not laws.

Historically, Hawai`i agencies chose whether to follow a resolution passed by just the House or the Senate but adhered to the ideas included in joint (concurrent) resolutions.

Swift Action to Cut Methane Emissions Could Slow the Earth’s Warming by 30...