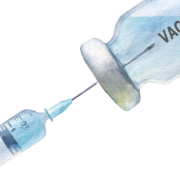 Anthony S. Fauci, the nation’s highest-ranking infectious-disease expert, struck a hopeful tone about vaccine availability in the coming months, predicting Thursday that there could be an “open season” on doses by April.

“By the time we get to April, that will be what I would call, for better wording, ‘open season,’ namely, virtually everybody and anybody in any category could start to get vaccinated,” he said Thursday on NBC’s “Today” show.

Lt. Governor Josh Green MD…“We’d like everyone to remain patient”.

As we reported in Coronavirus Update (Jan 25th) , at least 407 people has so far died from COVID-19 in the state of Hawaii.

Hawaii, like much of the rest of the United States, has seen significant growth in its 65-and-older population since 2010. 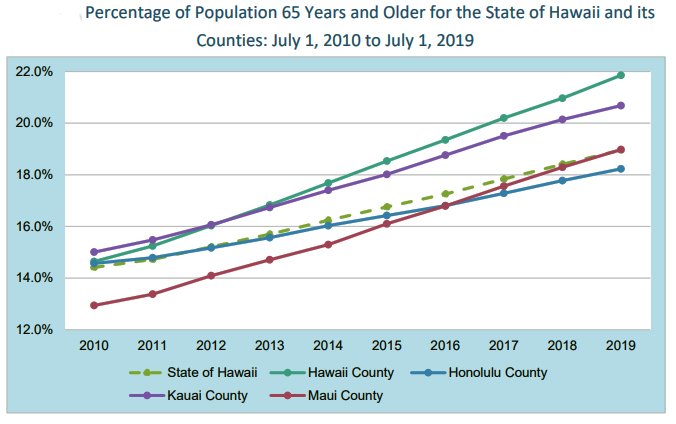 The strategic advisory group at the World Health Organization (WHO) weighed in with guidance for global vaccine allocation, identifying groups that should be prioritized. These recommendations were joined in a plan from a panel assembled by the US National Academies of Sciences, Engineering, and Medicine (NASEM), both which clearly establish vaccine priority access for “…older people and individuals with multiple existing conditions, such as serious heart disease or diabetes, put them at higher risk for more-serious COVID-19 infection and potentially death.”

Mainland state governments, including by example the state of Washington, have vaccination plans in place which include NASEM guidelines and something Hawaii’s vaccination plan fails to factor, and which puts a portion of our older population at greater risk than is necessary.

“We are currently in Phase 1B tier of vaccine distribution.”

“The vaccine is available to anyone 65 and older, and all people 50 and older who also live in a multigenerational household.”

This is in addition to populations eligible during phase 1A including health care workers at high risk for COVID-19 infection, first responders, people who live or work in long-term care facilities, and all other workers in health settings who are at risk of COVID-19.

Washington state, like other states including Hawaii’s state government, have the discretion to set their own vaccination rules within previous established scientific and Federal guidelines.

After health-care and essential workers, medically vulnerable and older high risk groups with qualifying pre-existing health conditions vaccination access can be a matter of life or death. 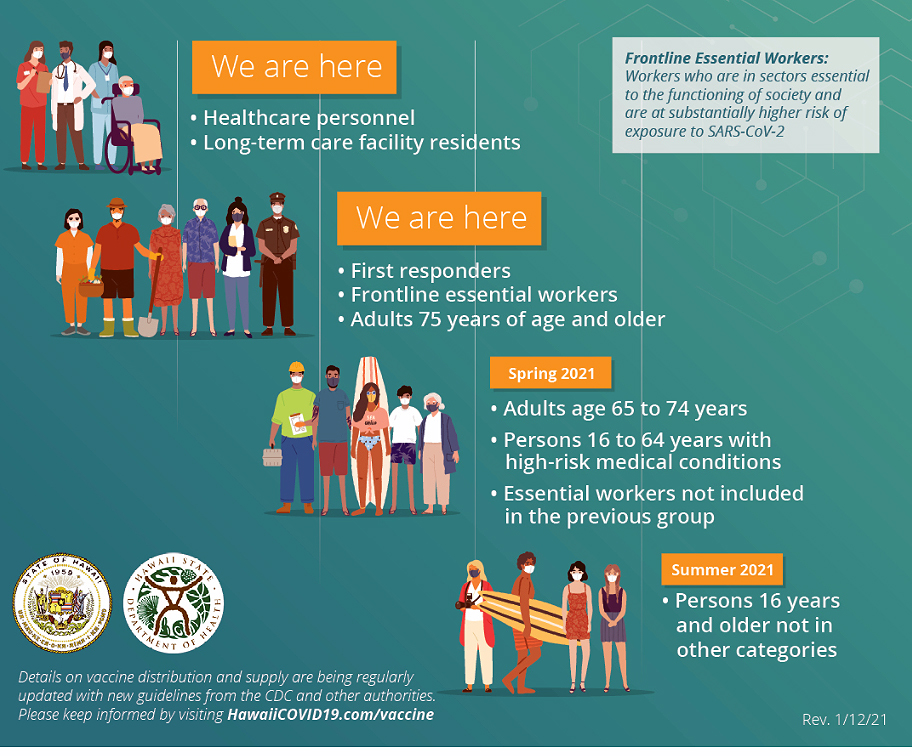 The move, part of a slew of executive orders at the start of his administration, will specifically allow government agencies like the State and Defense Departments to use the law to get materials to make more vials, syringes, and more.

This executive order signed on Biden’s first full day in his new job as president of United States, titled “Executive Order on a Sustainable Public Health Supply Chain,” authorizes those agencies to “to fill those shortfalls as soon as practicable by acquiring additional stockpiles, improving distribution systems, building market capacity, or expanding the industrial base.”

Biden’s team promised to use the DPA, which allows the government to mandate the production and acquisition of much-needed materials, in December. At the time Biden and his staff said the US needed to ramp up its production of materials to vaccinate 100 million people in the administration’s first 100 days.

“The idea there is to make sure the personal protective equipment, the test capacity, and the raw materials for the vaccines are produced in adequate supply,” Dr. Celine Grounder, a Biden adviser on Covid-19, told CNBC.

“Given the continued supply chain issues that we have seen over the past year, we believe it is in the best interest of the American public to shore up our access to critical supplies immediately and in the long term through all available DPA authorities,” wrote the group of senators, led by Tammy Baldwin (WI) and Chris Murphy (CT).