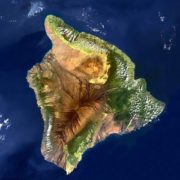 For anyone who visits or lives in Hawai’i, and who dives or snorkels Hawaii’s various island reefs, it’s obvious the reef has been in trouble for some time.   This has been especially true since the supercharged El Nino climate event of 2015-16, which hit the islands hard and precipitated a major coral die-off.  By some estimates, there now is a 90% loss of coral — especially hard hit is Hawaii Island’s west shoreline.

The once robust and dominant reef cover of Hawaii’s brain coral is now mostly dead, but with some recently reported isolated signs of minor recovery.<

A new UN report released this week, compiled by hundreds of scientists from 50 countries, concluded that the Earth is losing species faster than at any other time in human history.  And, thanks to climate change, coastal development and the impacts of activities such as logging, farming and fishing, roughly 1 million plants and animals are now facing extinction.  The UN report calls for rapid action at every level, from local-to-global, to conserve nature and use these finite resources sustainably.

The report’s good news is that many ecosystems now at risk can (should) be protected, preserved, and can become sustainable contributors to the local economies dependent on these natural assets.

The biggest obstacle to investing in natural infrastructure, such as wetlands and reefs, is that experts until now have not figured out how to value the protection that these habitats provide in economic terms. But a new report published by the USGS addresses that problem by focusing on Hawaii’s and the planet’s most bio diverse ecosystems: coral reefs.

This USGS report shows that coral reefs in U.S. waters, from Florida and the Caribbean to Hawaii and Guam, provide our country with more than $1.8 billion dollars in flood protection benefits every year. They reduce direct flood damages to public and private property worth more than $800 million annually, and help avert other costs to lives and livelihoods worth an additional $1 billion. Valuing reef assets and their benefits to society is the first step towards mobilizing resources to protect them.

USGS estimates the value of reefs in terms of flood protection, but the agency fails to consider the environmental values and the economies of scale which are derived from Hawaii’s marine assets — more specifically, Hawaii’s tourism, fishing, and near shore marine food supply. 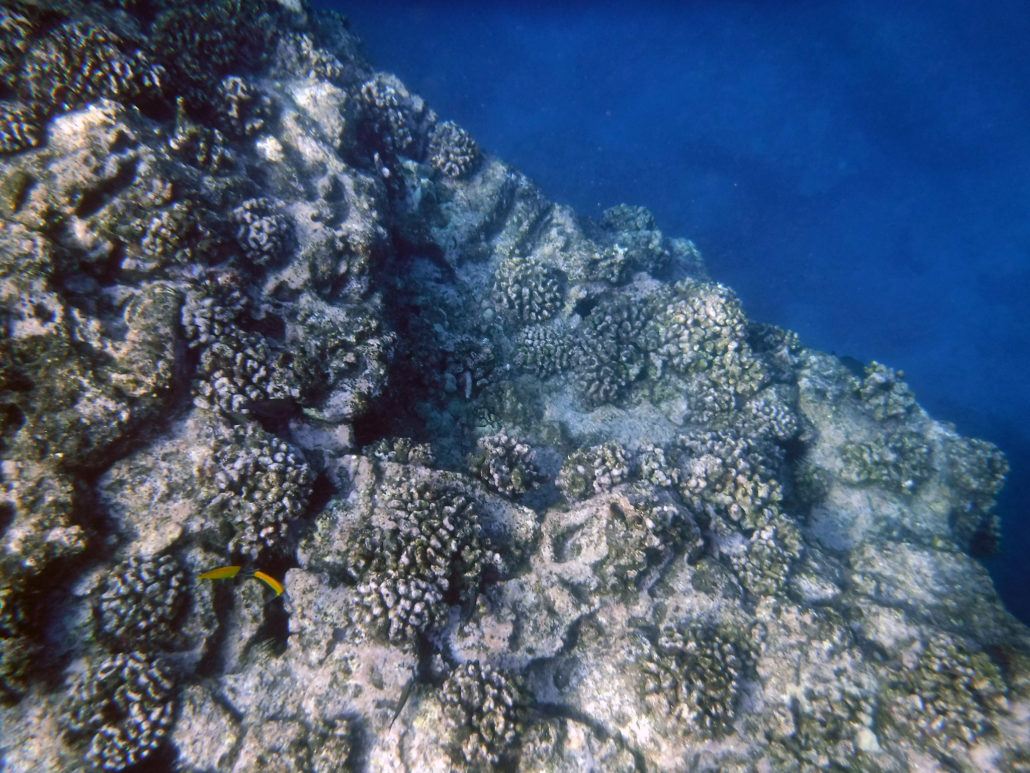 In 2017, tropical storms alone did over $265 billion in damage across the nation.

Reefs act like submerged breakwaters. They “break” the force of waves and drain away their energy offshore, before flooding coastal properties and communities.

Man-made defenses, such as sea walls, can damage adjoining habitats and harm species that rely on them. In contrast, healthy reefs enhance their surroundings by protecting shorelines and supporting fisheries and recreation, from diving to surfing.

The flood protection benefits that reefs provide across the U.S. are similar to those in more than 60 other nations. In a separate study, Nature Communications reports that the global cost of storm damage to the world’s coastlines would double without reefs.

USGS employed a study model of more than 60 years of hourly wave data for all U.S. states and territories with reefs — a total area of over 1,900 miles — we developed flood risk maps projecting the extent and depth of flooding that would occur across many storms, both regular and catastrophic, with reefs present and then without them. They calculated these values in grid cells that measured just 100 square meters, or about 1,000 square feet — the footprint of a small house.

They also overlaid flood risk maps employing the latest information from the U.S. Census Bureau and the Federal Emergency Management Agency to identify people and properties at risk — and benefiting from the presence of reefs — in each location.

It is well known that coral reefs are under heavy stress from climate change, which is warming oceans, causing coral bleaching. Pollution and over-fishing are also doing serious damage.

As the UN report on biodiversity loss notes, Earth has lost approximately half of its live coral reef cover since the 1870s. And that trend leaves 100-300 million people in coastal areas at increased risk due to loss of coastal habitat protection.

In Honolulu alone, USGS found that the local reef provides more than $435 million in protection from a catastrophic 1-in-50-year storm.

Nationally, after Hurricane Sandy in 2012, only about 1% of recovery funding went toward rebuilding natural resilience, despite subsequent research showing that marshes in the Northeast can reduce flood damages by some 16% annually.

More than $100 billion has been appropriated to recover from hurricanes Harvey, Maria and Irma. It certainly would make economic sense for the Federal government to become proactive in addressing climate change impacts and by not only recognizing, but spending on rebuilding protective reef systems.

In a promising move, the Federal Emergency Management Agency has created opportunities to include ecosystem services such as flood protection and fishery production in official benefit to cost analysis calculations to support flood mitigation funding.

Second, the Insurance Industry is an important economic stakeholder in offering incentives and supporting investments in nature-based defenses for risk reduction.
Insurers have warned that climate change could make insurance coverage unaffordable for ordinary people after the world’s largest reinsurance firm blamed global warming for $24 billion of losses in California’s devastating 2018 wildfires.

“The insurance sector is concerned that continuing global increases in temperature could make it increasingly difficult to offer the affordable financial protection that people deserve, and that modern society requires to function properly,” …Nicolas Jeanmart, the head of macroeconomics at Insurance Europe, an association representing Europe’s major insurers.

Insurers are starting to consider coastal habitats in industry risk models and to create opportunities to insure nature. Thus reefs could be re-built if they are damaged in storms or even restored now based on their proven flood protection (i.e., premium saving) benefits.

Third, Federal Government agencies have incentives to invest in reefs as protection for critical infrastructure. Reefs defend military bases located along tropical coastlines, as well as shore-hugging roads that are the lifeblood of many economies from Hawaii to Florida and Puerto Rico.

The Army Corps of Engineers is making more use of natural solutions to minimize flood risks, a sometimes controversial undertaking here in Hawai’i.  The U.S. Department of Transportation is analyzing ways to protect coastal highways with nature-based solutions, such as marsh restoration.

Clearly, we have a locally-connected global challenge in Climate Change. Ignoring that challenge is a luxury we can no longer afford. Just talking about it without affirmative steps towards addressing the core problems of pollution, over-consumption, and the absence of stewardship when ti comes to managing and living in the natural world.

Like so many other climate change impacts now underway, it will take consensus building and a whole community effort — with participatory partnerships of government, private sector, and private citizens in order to make a much needed difference.

Forces Inside and Outside Hawai’i Shape the State’s Climate Fut...

Our Oceans are Drowning in Plastic
Scroll to top