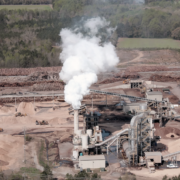 The subject of “firm energy” is not often discussed outside of Hawaii’s legislative chambers or activist circles. Nor does the general public generally follow state energy policy decisions, but the public does pay attention to the forever rising costs of their electricity bills, driven in part by a statewide journey to a fossil fuel off-ramp by 2045.

Recently, however, so-called firm energy, and the need for it, came up in this past legislative session. This was one of the most closely watched session topics and legislation for environmentalists, energy wonks, and utility stakeholders vying for legislative attention.  With a new governor and other changes to state government from this past election, it is possible another firm energy passion play will appear for a repeat legislation performance in 2023.

Firm energy made its debut on Oahu’s political landscape in the form of the low-key introduction of two (companion) senate bills introduced as SB 2510 and SB2511. Both bills had the backing and political push of two of Hawaii’s top enabling senate power brokers, and both whom hold key committee chair positions.

SB 2510 and SB2511 were created without much public discussion or justification. The bills appeared late in the session, a legislative tactic, and were “quickly pushed” through the state legislature  obstacle course at warp speed.  Once the bills became public knowledge they were as quickly challenged by environmental and citizen advocacy groups.

One of the two senate leadership authors made sweeping statements loaded with false assumptions and misinformation to justify the bills. Ignoring public criticism of the bills, the bill’s sponsors were not deterred, and quickly forced through the passage of the two firm energy bills with tactics best described by one key house representative chair as … “political blackmail”.

One thing was sure about SB 2510 and 2511, if these two bills passed the combined House and Senate chambers and became law they would come at the expense of Hawaii’s ratepayers and taxpayers.  It was not difficult to understand why former Governor Ige vetoed both bills as one of his end-of-term priorities before leaving office.

Both bills were a product of one utility, one union, and firm energy lobbyists whose goals were specifically fulfilled within SB 2510 and designed to carve out a substantial portion of all energy-for-electricity produced in Hawaii in the form of combustion-based “firm energy” mandates ranging from burning trees to trash.

The firm power mandates ignore today’s clean energy technology options and market realities. Worse yet, the legislation would have “gifted” to the state’s biomass energy lobby as much or more than 1/3 of the total grid energy produced and delivered to the state’s two electric utilities — forcing them to burn their way through utility power demands and off fossil fuels by stifling far better and competitive clean energy options available to the state.

Firm energy power is a utility industry term often used to represent power-producing capacity available at all times as guaranteed through a power provider commitment to deliver electricity to the grid, even under adverse conditions.  The likes of a series of super storms that visited Hawaii last week knocking out power from Kauai to the Big Island is the most recent example of today’s firm energy failing assumptions, an unconditional power guarantee to utilities, and by extension to ratepayers.

The effect of this political malfeasance would had been denying lower cost clean energy options to ratepayers, while blocking a sustainable energy path forward to Hawaii.  It’s difficult to fathom how bypassing considerations of economics, social, and environmental-climate benefits in the form of mandated energy-combustion choices is in the public interest and that of ratepayers.

Biomass as Usual with Unusual Consequences 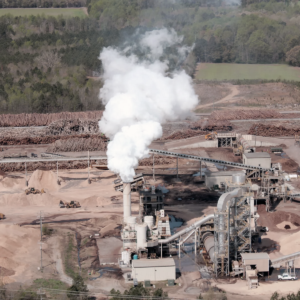 Energy subsidies, obvious and hidden, come in many forms.  The World Bank and IMF studies of 2016 found that global taxpayers funded the fossil fuel industrial energy sector to the tune of $6.6 trillion USD annually (adjusted to 2022 dollars), and that alone, without any other considerations, is by definition unsustainable.

The Environmental and Energy Study Institute found that the US government alone spends $20 billion every year on direct fossil fuel subsidies. Of that figure, around $16 billion went to oil and gas interests, while the remaining $4 billion benefited the coal energy sector. These hard dollar tax subsidies do not include the added social, environmental, and public climate costs for these dirty energy sources – measured in healthcare costs tied to pollution, climate costs linked to public and personal costs as in rising infrastructure taxes, rising P&C insurance costs, added healthcare expenses, and the list goes on.

Biomass is a form of combustion-based energy and is far from a liability-free form of energy in its role as an energy replacement for fossil fuels used to produced electricity.  As with fossil fuels (oil, gas, coal) all these sources of energy require a continuing and unpredictable supply-chain of combustible fuels and chemicals which must be sourced, transported, and finally burned to produce electricity at their power plant destinations. 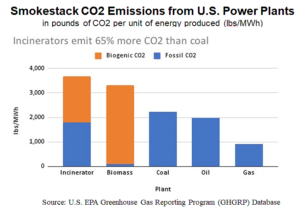 Biomass was originally sold as a source of renewable energy that could help improve U.S. energy security, spur rural economic development, and reduce greenhouse gas (GHG) emissions. The industry was intended to increase energy production from non-food feedstocks such as municipal solid waste, perennial grasses, and forest and agriculture residues such as corn stalks and leaves.

Biomass fuels also vary (from trees-to-trash) but have several things in common with their fossil fuel cousins: 1) they are burned to produce electricity with smokestack emissions toxic to humans and the surrounding environment and, 2) they both add GHG (greenhouse) emissions to the atmosphere now driving rising global temperatures with disastrous global side effects to all living things.

Federal mandates and subsidies were meant to help get the biomass industry off the ground. However, in practice, U.S. financial support for subsidized biofuels and heat/power facilities using feedstocks has done more harm than good for the climate. Biomass-promoted government programs have also subsidized wood pellet manufacturing not only for domestic but also international use, adding one more environmental cost element what is a net-negative return on energy when electricity is produced from biomass.

Despite decades of billions of dollars in bioenergy subsidies – including those for biomass feedstocks used in biofuels production – the industry has failed to mitigate climate risks while spurring unintended public health consequences, and market distortions.

Biomass, along with oil, gas, and coal are considered firm energy when generally defined as combustion-based power sources operating full-tilt and around the clock to produce a steady state of energy output ready in a minute’s (seconds) notice to be added to electric grid, and as power demand dictate. This type of of grid operation is often referred to as “load balancing” electricity demand with supply, and it goes back nearly a hundred years as an essential element of electric utility grid operations.  Grid power demands are dictated by local energy requirements and/or influenced by events over great distances, as is often the case with the interconnected and continental mainland electricity grid. Hawaii today operates island-specific grids which are not interconnected.

When grid operators, utilities, e.g. Hawaii Electric are permitted to operate as energy monopolies with profits guaranteed, it is not difficult to understand their reluctance to operationally transform themselves from over a century-old set of proven and profitable business practices and into a 21st century provisioner of clean and sustainable energy customer services, and certainly not in the form of an operating model which is fully cost competitive and customer performance-oriented.

Biomass energy, as an envisioned in SB 2510 and SB 2511 and sold by their promoters as the best firm energy options for Hawaii via legislative mandate, amounts to little more than telling Hawaii to burn its our way out of its fossil fuel dependency, thus trading one set of costs for another with equal or greater consequences to that of the state’s grid dependency on fossil fuels.

In the second half of this article series, BeyondKona will explore clean energy options available to Hawaii’s transition off fossil fuels, and the energy options for lower utility bills for residents and businesses.

At a Crossroads, Hawaii’s Energy Future – II
Scroll to top