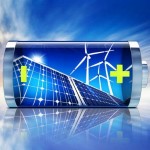 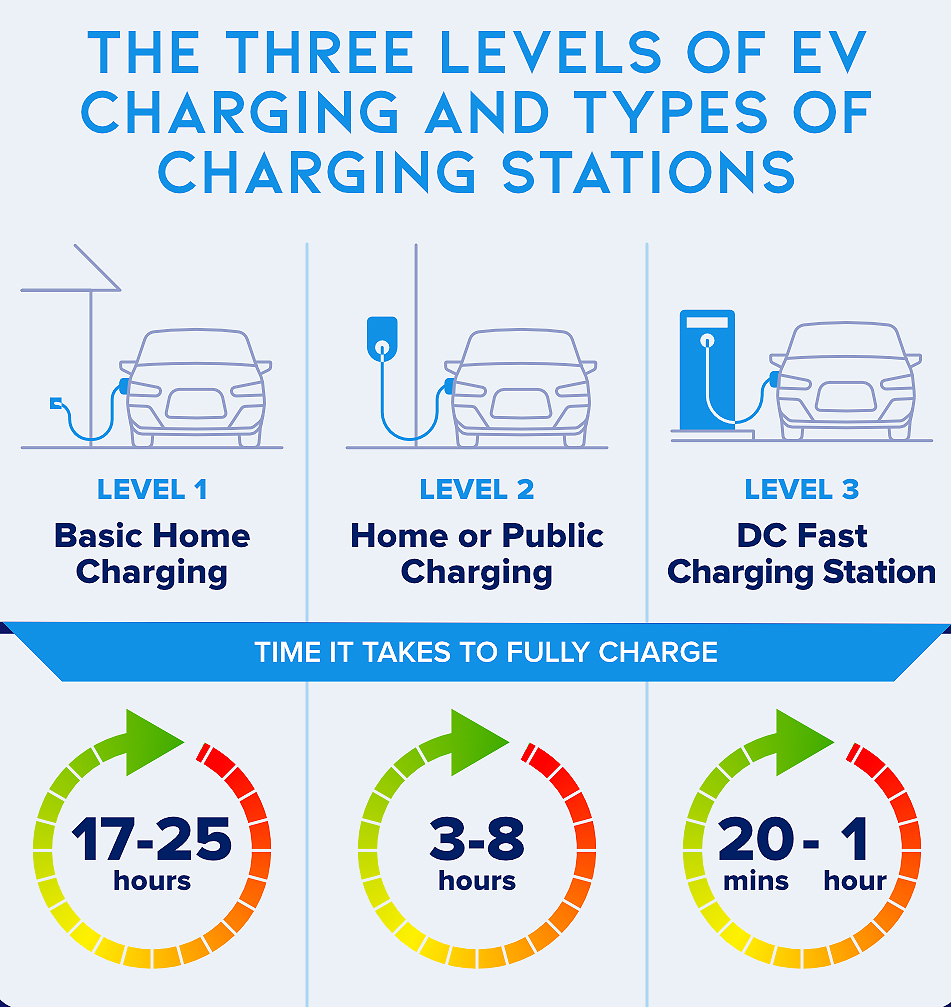 As we reported earlier, there is a variety of EV bills in this year’s legislative cycle. One of those bills, Senate Bill SB756 SD2, is still alive (and made it out of committee) and is presently before the House Energy & Environment Committee for full consideration. Today’s hearing is open to public testimony. If you missed today’s hearing, you can view the hearing and public testimony at:

SB756 SD2 is a particularly important bill as it addresses the state’s multi-island deficient EV charging infrastructure. One of the key aspects of the bill is its intent to address the need for an effective public charging infrastructure, and which will enable equitable access to electric vehicles for Hawaii’s residents and visitors.

Many within Hawaii’s growing EV owner community charge their vehicles at home. But for Hawaii’s mass market EV adoption to be realized, both state and private sector partners must join together and address a growing demand by the state’s residents and future EV owners; especially those who live in condos and apartments and those who are renters, who altogether today do not have practical access to convenient vehicle charging options.

SB756 is designed to address these and other of Hawaii’s infrastructure components needed to fulfill the potential of a 100% statewide transition to electrification in ground transportation.

For more details on the status of current EV legislation, and more specifically SB756, we recommend you visit: https://hawaiiev.org/2021-hawaii-ev-legislation

Bank of America analysts have calculated that a shift to a 100% Electric Vehicle (EV) world would need more than $2.5 trillion in investments, coming from companies, investors, and governments across the world.

So far, Wall Street and Silicon Valley have poured billions of dollars into electric-vehicles and supplier companies over the past year. They’re betting on the future dominance of EV’s and the sunset of ICE vehicles, fueling valuations, and creating an economic catalyst for EV start-ups and major automakers alike.

There is little doubt that the automotive industry is trending toward electric vehicles amid the rise of Tesla Inc.  Within the past 10 years, the pure EV universe was owned by Tesla, with only tentative and limited EV production steps taken by GM and Nissan, along with a smattering of R&D stage fuel-cell companies. In the past two years along comes China, now a major driving force for both EV market makers and for EV demand.

In total, at least $28 billion was invested in public and private electric-vehicle companies in 2020, according to the Dow Jones Market Data Group.

This bird has flown

No longer confined to regulatory-driven market experiments, EV’s have gone main stream. “The writing is on the wall with regard to the long-term EV versus internal combustion debate,” said John Mitchell, a partner at Blue Horizon Capital. In several countries around the world, people will no longer be allowed to purchase internal combustion-engine vehicles within a short decade or two, and global automakers have realized that “the transition to electrified vehicles is the only way to compete,” he said.

According to Mitchell, the enabling elements on EV’s:

A switch from combustion engines to electric cars will not be an easy ride for consumers and manufacturers or take place quickly, with so many legacy stakeholders working to retard the growth of EV’s.

Electric cars currently make up around 2-3% of global auto sales, and estimates for a future market penetration share vary from a low-end forecast of 10% to 20% of cars sold by 2030 to as much as two-thirds of the market by that time.

Much more money will be needed to fund the switch, despite the billions that already found its way to EV-related investments. Boding well for the future, however, Blue Horizon’s Mitchell pointed to the increasing quality and technical improvements for EVs.

“Battery life is only going to be extended and with the trillions being invested globally by all those supporting the electrification of the transportation system the infrastructure for widespread adoption and usage of EV technology is only going to increase,” he said.

Analysts at UBS forecast that global auto makers’ revenues from EVs are going to shift to $1.16 trillion by year 2030, from $182 billion today.

Conversely, revenue from ICE vehicles, at $1.77 trillion today, will dwindle to $1.07 trillion. Revenues for software will make an even bigger slice of that revenue pie by 2030, at nearly $2 trillion.

Building a charging infrastructure for Hawaii and the nation. 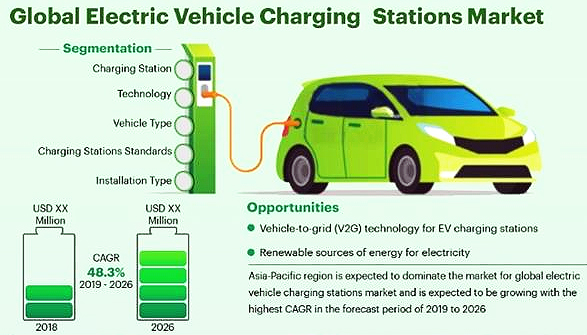 For bills like Senate Bill SB756 SD2 to become successful, regulators, Hawaiian Electric, and private sector partners must engage in a market ready and consumer friendly cost effective charging architecture – and one based on clean, renewable, and locally produced energy.

Its first-mover advantage widely viewed as substantial, as ICE competitors continue to chase Tesla’s taillights for piece of the emerging EV marketplace.

The UBS analysts calculate that Tesla has a cost advantage around $1,000 to $2,000 per electric vehicle over other auto makers, although competition is increasing.  Analysts see large legacy auto makers, like VW, will be able to reach an EV manufacturing cost and margin parity with Tesla today within five years – which in terms of building market share can be a lifetime in business and technology terms.

The problem for VW and other Tesla competitors is the company is not standing still waiting for its competitors to catch up. Innovation and cost and profit performance will be the deciding factors in the next few years.

Today, VW is the No. 2 auto maker in the world, but lags behind Tesla in terms of battery costs, software, and EV production tech. Tesla likely to keep its price advantage in the battery space due to its vertical integration and technology advances.

Related to investor’s inflows to electric-vehicle makers is the interest generated by lidar, batteries, sensors and other components hailed as key to autonomous vehicles.

Full autonomy (FSD) has proven to be a stubborn and costly problem to solve, with regulatory, legal, and technological hurdles aplenty.

Despite lofty driver automation goals, most cars on the road today offer advanced driver-assistance systems that are not dramatically different from previous years’ systems and still far from being the game-changer they are expected to be for lives and economies in a not-so-distant future.

For now, in spite the hype, automakers are mostly focused on partial autonomy and ADAS offerings that can be commercialized in the short term, as EVs continue to pull ahead in terms of consumer interest and the current regulatory push.

As appealing to some of the promise of a fully automated and self-driving vehicle may be, there is the larger of the role and demand for personal vehicles, electric and otherwise.

During past year of COVID-19 lockdowns and working remotely, an unintended social experiment was underway. In highway-heavy Los Angeles the average commuter saved 10.25 days last year by working from home during the pandemic the past year.

In Honolulu, a similar number of days saved while working at were logged.  Working at home commuter saved Hawaii’s primary workforce (Oahu) a total time in days saved, altogether were logged in at 9.68 days.  If someone said to you, here, take these 10 (saved) days add the to your life, and do with the saved time what you want – that too would be an interesting experiment.

According to a December Pew Research study, about 71 percent of the American workforce was working from home during the past pandemic year. Only 20 percent worked from home before the pandemic.

About half of those Pew surveyed said they want to continue to work from home after the pandemic ends — perhaps they’ve gotten used to the break from commuting.

The study used data from the U.S. Census Bureau and calculated the above rate by averaging the number of days most people work in a year. On average, Americans work about 242.8 days a year, factoring in sick and vacation time.

If the pandemic has forever changed us in the way many of us will work and socialize, then what does that say about future demand for personal vehicles or that second car or truck? Only time will tell us the answer to that question.