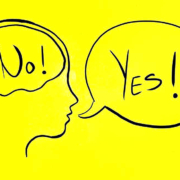 Covid-19 continues to infect and kill hundreds of thousands of Americans (215,780 as of Oct. 6th), and with no end sight, at least until a proven vaccine becomes available to the general public.  A cure may take decades or longer, if ever. After four decades of medical science research and effort, the world is still waiting on a cure for AIDS.

Today’s Covid-19 toll in the United States was 748 deaths, ranking number two in the world for pandemic related deaths.   The highest daily death toll in the world was in India, with 991 COVID-19 deaths.

India has an estimated population of 1.3 billion people, compared to United States’ 330 million.  Looking at this comparison another way, India’s population is 4 times greater than that of the United States, and only 243 more daily deaths in this one day snapshot comparison of the two countries COVID-19 death counts.  What’s wrong with this picture, everything!

America has an infected, COVID-19 carrying, president who has not changed one bit his Happy Days narrative of a global pandemic which …in his words …is little more than a cold – you’ll get over it, don’t worry. It’s just another example of an alt-reality view of the world President Trump embraces in his daily job routine. In his view, words are more powerful than any reality, especially when they are his words, which admittedly have consequences, even when they are from America’s incurably self-aggrandize leader and teller of false tales.

A dose of reality

Mr. President, you may finally receive your necessary dose of reality — a reality most of the nation has been living with since the Covid-19 coronavirus arrived on America’s shores.

Trump argued in a video message from his hospital suite that he had “no choice” but to actively campaign before large crowds and mingle with people (without social distancing or the use of masks).

He indicated he would not change his behavior going forward: “I look forward to finishing up the campaign the way it was started and the way we’ve been doing and the kind of numbers that we’ve been doing. We’ve been so proud of it.”

The president’s upbeat message in the face of stubborn facts is in keeping with the way he has discussed the pandemic since the first signs of the novel coronavirus emerged in January. Month after month, as the death toll climbed, the president has proclaimed that success was just around the corner and that his administration has done a terrific job in confronting the pandemic. 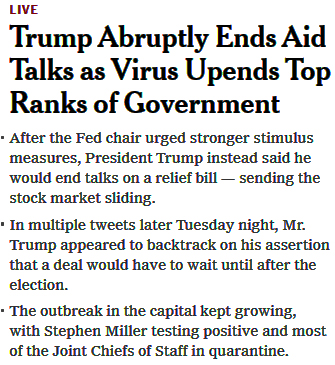 “A lot of people think that goes away in April with the heat — as the heat comes in. Typically, that will go away in April. We’re in great shape, though. We have 12 cases — 11 cases, and many of them are in good shape now.”

“It’s a little like the regular flu that we have flu shots for. And we’ll essentially have a flu shot for this in a fairly quick manner.”

“So I think Easter Sunday, and you’ll have packed churches all over our country. I think it would be a beautiful time. And it’s just about the timeline that I think is right.”

“We can expect that, by June 1, we will be well on our way to recovery. We think, by June 1, a lot of great things will be happening.”

“We’re starting to see light at the end of the tunnel. And hopefully, in the not-too-distant future, we’ll be very proud of the job we all did.”

“Coronavirus numbers are looking MUCH better, going down almost everywhere. Big progress being made!”

“I think, in the fall, you’re going to see the schools all open and in great shape.”

“I think we are going to be very good with the coronavirus. I think that, at some point, that’s going to sort of just disappear.”

“You will never hear this on the Fake News concerning the China Virus, but by comparison to most other countries, who are suffering greatly, we are doing very well – and we have done things that few other countries could have done!”

“America is winning the war against the virus.”

“Our numbers are excellent, really really good, and hopefully, we’re rounding the final turn on that disaster given to us by China.”

“We’ve done a fantastic job on this China virus, the invisible enemy. I get no credit for it.”

“The only thing we did badly on was public relations because we were working so hard. … We did a hell of a job.”

“The end of the pandemic is in sight.”

Oct. 2: Trump announces he and first lady Melania Trump have tested positive for the coronavirus.