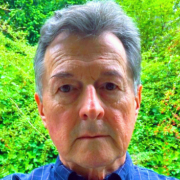 PGV is the first and only commercially-productive geothermal electrical plant in Hawaii. Constructed on a site adjacent to failed experimental wells drilled and operated by the Hawaii Geothermal Project in the 1970s and 80s, construction on the generating facility began in 1989 and was completed in 1993.

Prior to 2018 Kilauea eruption and subsequent lava damage to the plant, PGV had an installed generating capacity of 38 MW from six production wells and five injection wells within Kilauea’s East rift volcano zone.

The PGV’s geothermal power output was sold to the Hawaiian Electric Industries (HELCO) under a Power Purchase Agreement (PPA) with the utility. The PGV claims to have generated up to 10% of the island’s utility energy at the beginning of 2018, just prior to the eruption.

Since the operational inception of PGV area island residents have complained of a chocking stench of hydrogen sulfide and sulfur dioxide, as well as rumbling noises and vibration (allegedly due to PGV’s near continuous drilling operations).

One thing is for certain the 2018 eruption in the Lower East Rift Zone is a reminder of the dramatically altered the physical environment, destroyed the substation, and event that forced an emergency shutdown of PGV operation and power production.  PGV was in fact incredibly lucky as the potential for much greater plant damage from a volcanic eruption remains a constant reminder of Kilauea’s active volcanism.

State Sen. Russell Ruderman of Puna described the images of the 2018 eruption with lava nearly surrounding PGV plant this way… “Even if you don’t know anything more than that, it’s obviously not the place to put any critical infrastructure.”

Since the 2018 eruption, Kilauea continues to see movement of fresh magma into the rift zone indicating a very dynamic situation.   Kilauea’s intruded magma at depth has altered the discrete pocket of geothermal fluids that the plant uses for power.

It is no longer a brine dominated resource which indicates that the plumbing has changed. Water trapped in the dike complex within the rift may have been driven out and that process may continue raising questions of the PGV’s long term viability.

Another factor facing PGV is the “clean” and renewable energy marketplace which offers energy alternatives of less risk, and are potentially more price and performance competitive, e.g. solar-wind-storage.

Then there are recent changes in the state’s regulatory framework.  Subsequently, the PUC has adopted rules with greater detail that have the effect of law.

The state legislature also adopted the Ratepayers Protection Act in 2018 which set up performance standards and incentives to encourage faster movement to renewables while bringing costs down for consumers. It is the latter point that may spell the greatest challenge to PGV’s future plans.

In short, there are several good reasons, which are in the public’s and ratepayer interests, for the PUC to require PGV to provide the Agency with a (supplemental) SEIS at this time.

The Hawaii PUC’s recent docket now contains an amended and restated Power Purchase Agreement, which the PUC has placed “on hold” requiring a supplemental EIS (Environmental Impact Statement), as much has changed since 1993.

The whole point of an environmental review within the EIS is so the PUC has available to it essential information in meeting its regulatory obligations and to support its decision process. It isn’t just a paperwork exercise as some might allege.

In response, PGV recently proposed to the PUC a “compromise”.

The comprise proposed by PGV places the EIS decision process with other less qualified agencies who do not share the PUC’s public interest mission, and more to the point, that the PUC proceed processing PGV’s amended Power Purchase Agreement request without delay or further due diligence – hardly a compromise.

The denial of a continued waiver from PGV participating in a competitive bidding process seems likely to follow, which is likely driving PGV’s urgent compromise ploy.

If the PUC were to continue to allow PGV’s non-competition wavier, holding open the waiver while PGV pursues a (supplemental) EIS, then it makes no sense, at least until more fundamental questions are addressed.

But for PGV, the loss of a waiver could be a major setback for PGV’s expansion plans, as there are no current solicitations for renewable energy projects on the Big Island currently open.

The PUC has responded, reinforcing its SEIS fulfillment requirement of PGV.