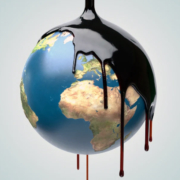 As lethal fires are spreading across the West — like the coronavirus that has ravaged the country for months; Arctic, Antarctic, and Greenland glacier meltdowns are accelerating their contribution to global sea level rise.

The president of a divided states of America represents a shrinking minority of Americans who are increasingly disconnected from reality.  They listen to a president who spins tales of an imaginary world in which science is fiction, reality is what you want to believe, and humans have the God-given right to destroy the very God-given planetary environment in which all life depends — and do so without consequences.  This is unconscionable .

But not to be dissuaded by real world consequences, the president has used his time in the nation’s highest office to aggressively promote the burning of fossil fuels, cutting backroom deals with the polluters for profit industrial cabal by rolling back or weakening every major federal policy intended to combat dangerous and human-generated global warming emissions — from the extraction to the burning of fossil fuels.

At the same time, Mr. Trump and his self-appointed fossil-fuel puppets are playing a very public role as senior environmental officials who have stuck to the Trump made-for-TV script, and regularly mocked, denied or minimized the established science and overwhelming evidence of human-caused global warming and climate change.

All this climate change denial and obfuscation is a betrayal of the public trust, and crime unto itself, but official tales require little effort and produce no risk to Trump’s money sources, especially when they replace corrective actions that could be taken by the federal government to protect the public and the planet.

This entire passion play of false narratives by Trump defies the facts and common sense reasoning, especially as the Western United States burns, the southeastern United States continues to be hammered by drought, floods, and superstorms, and the Midwest experienced its first every recorded hurricane-like storm which flattened crops across three states.

When Trump nominated a career fossil fuel industry lobbyist to lead the Environmental Protection Agency (EPA), we all knew what was coming.  So it’s no surprise that EPA chief Andrew Wheeler said he’s planning to shift the agency’s focus away from climate change.  Consider this a warning: the Trump administration is using this coded language to say that they’re going to allow even MORE greenhouse gas pollution sources in a second term, if re-elected.

How many voters will hold Trump, the party of Trump, and his administration accountable for brushing aside human-caused climate consequences, greater than any single pandemic event, deny science singularly and in total, and fail to take effective actions to mobilize the government to address the causes of unnatural disasters that have claimed lives, increasingly are destroying large segments of the global environment, damaged property, and threatened economic prosperity?

In 50 days we will know the answer to this question – and not even the Russians can hack their way to a Trump victory in face of the current administration’s failures to govern, and govern in the interest of the American people and the planet on which all life depends — the bill has come due, and it’s time Trump and his fossil-fueled party billionaires are held accountable.

Hawaii (and the world) is feeling the Heat

Electric cars, crossovers, pick-up trucks are the future… and the future...

Coronavirus: 21st Century Pandemic – By the Numbers
Scroll to top