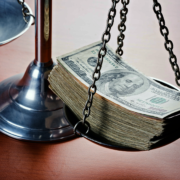 In Lazarus’s view, the ruling does not so much incentivize Congress to act as it dangerously hobbles government agencies. “Congress deliberately chose to delegate lawmaking authority to expert agencies in appreciation of Congress’s own inability to anticipate and address all those complexities on a real-time basis.”

Our nation’s environmental protection laws have been enormously successful over the past 50 years or so. Notwithstanding their obvious gaps and persistent shortfalls, they have significantly reduced air, water and land pollution across the country while the nation’s economy has grown exponentially. No less important, they have prevented the kind of environmental devastation and public health disasters that have occurred in nations lacking such laws.

That half-century of extraordinary success has depended on a partnership among the federal legislative and executive branches, long upheld by the courts. Congress can enact broad, capacious statutory language that authorizes agencies such as the Environmental Protection Agency to enact pollution controls that reflect the complexities presented by evolving environmental science, the nation’s economy and constant technological innovation.
The nation and indeed the world have no time to wait to address climate change. That makes this ruling potentially devastating to the future because of the additional delay that will result as the EPA seeks new pathways to lower greenhouse gas emissions.

The Supreme Court on Thursday limited the Environmental Protection Agency’s ability to regulate carbon emissions from power plants, dealing a blow to the Biden administration’s efforts to address climate change.

The vote was 6 to 3, with the court’s three liberal justices in dissent, saying that the majority had stripped the E.P.A. of “the power to respond to the most pressing environmental challenge of our time.”

The ruling, in West Virginia v. Environmental Protection Agency, not only limits the authority of the E.P.A., but potentially that of other agencies to enact a broad array of regulations to protect the environment and public health. It was the product of a coordinated, multiyear strategy by Republican attorneys general, conservative legal activists and their funders to use the judicial system to rewrite environmental law, weakening the executive branch’s ability to tackle global warming.

At the end of the first full Supreme Court term with Chief Justice John G. Roberts Jr. and Justice Samuel A. Alito Jr. in place, liberal Justice Stephen G. Breyer said he was amazed — and not in a particularly good way — what President George W. Bush’s nominees to the bench had accomplished in such little time.

“It is not often that so few have so quickly changed so much,” Breyer said in June 2007.

But that was nothing compared to this week as three Trump-appointed justices, joined their other Republican-majority court justices in firing off two significant decisions in rapid succession.  First, a Second Amendment gun rights ruling which flies in the face of rising public concerns over escalating national gun violence now targeting the most innocent of society; children.  The Court majority’s second decision was another political win and a shock to many women, a second coming to others in the form of the most significant social ruling in modern times; overturning protections granted women by Roe v. Wade for the nearly 50 years which guaranteed a woman’s fundamental right to health care and abortion.

As significant as these two recent court decisions represent, what’s ahead for this GOP-controlled court will soon affect every American regardless of their sex, race, income, or political party — an environmental climate case now being decided by the Supreme Court. As in the case of the legal dismemberment of Roe v. Wade, this case is the product of a coordinated multiyear strategy led by Republican Attorneys General.

Within days, the Republican majority on the Supreme Court is expected to hand down a decision that could severely limit the federal government’s authority to reduce carbon dioxide from power plants — pollution found to dangerously heat the planet’s climate.

On the front lines of this emerging battle is the case of West Virginia v. EPA, is the result of a coordinated, multi-decade strategy led by Republican Attorneys General, conservative legal activists, and their funders with ties to the oil and coal industries. Coming up through the federal courts are more and more climate cases and headed to Supreme Court, some featuring novel legal arguments, each carefully selected for its potential to block the government’s ability to regulate industries and businesses that produce greenhouse gases. These legal strategies are becoming more and more sophisticated with time and money.

The plaintiffs seek to hem in what they call the “administrative state”, the E.P.A. and other federal agencies who set rules and enforce regulations that affect industrial sectors responsible for the majority of environmental crimes and offenses in which newer regulations are designed to rein in, e.g., global warming emissions, toxic air and water pollution violations, etc.

Congress has barely addressed the issue of climate change. Instead, for decades it has delegated authority to the EPA and other agencies because it lacks the political will, and equally important, the expertise possessed by the specialists who write complicated rules and regulations and who can respond quickly to changing science – a long standing practice now embedded in today’s Capitol Hill gridlock.

The Federalist Society is one of many money sources engaged in attacks on Federal environmental and climate protections. The Society is funded by the likes of Koch Industries, which has long fought and funded climate action roadblocks; the Sarah Scaife Foundation, created by the heirs to the Mellon oil, aluminum and banking fortune; and Chevron, the oil giant and plaintiff in the case that created the so-called “Chevron defense”.  After a 1984 Supreme Court ruling, that doctrine holds that courts must defer to reasonable interpretations of ambiguous statutes by federal agencies on the theory that agencies have more expertise than judges and are more accountable to voters. “Judges are not experts in the field and are not part of either political branch of the government,”  Justice John Paul Stevens wrote in his opinion for a unanimous court ruling.

The forthcoming case; West Virginia v. E.P.A., No. 20–1530 on the court docket, is  notable for the tangle of connections between the plaintiffs and the Supreme Court justices who will decide their case.

The Republican plaintiffs share many of the same donors behind efforts to nominate and confirm five of the Republicans on the bench — John G. Roberts, Samuel A. Alito Jr., Neil M. Gorsuch, Brett M. Kavanaugh and Amy Coney Barrett.

“It’s a pincer move,” said Lisa Graves, executive director of the progressive watchdog group True North Research and a former senior Justice Department official. “They are teeing up the attorneys to bring the litigation before the same judges that they handpicked.”

The pattern is repeated in other climate cases filed by the Republican AG’s now advancing through the lower courts: The plaintiffs are supported by the same network of conservative donors who helped former President Donald J. Trump place more than 200 federal judges, many now in position to rule on the climate cases in the coming year.

At least two of the cases feature an unusual approach that demonstrates the aggressive nature of the legal campaign. In those suits, the plaintiffs are challenging regulations or policies that don’t yet exist. They seek to pre-empt efforts by President Biden to deliver on his promise to pivot the country away from fossil fuels, while at the same time aiming to prevent a future president from trying anything similar.

The Stakes for Climate Cases

Limitations on action in the United States against global warming could doom global efforts to avert the worst climate disruptions.

Victory for the plaintiffs in these cases would mean:

Those limitations on climate action in the United States, which has pumped more planet-warming gases into the atmosphere than any other nation, would quite likely doom the world’s goal of cutting enough emissions to keep the planet from heating up more than an average of 1.5 degrees Celsius compared with the preindustrial age.

A temperature rise greater than 1.5 degrees Celsius is the threshold beyond which scientists say the likelihood of catastrophic hurricanes, drought, heat waves and wildfires significantly increases.   The Earth has already warmed an average of 1.1 degrees Celsius.

“If the Supreme Court uses this as an opportunity to really squash E.P.A.’s ability to regulate on Climate Change, it will seriously impede U.S. progress toward solving the problem,” said Michael Oppenheimer, a professor of geosciences and international affairs at Princeton University.

But many conservatives say the decision violates the separation of powers by allowing executive branch officials rather than judges to say what the law is.  Associate Justice Gorsuch wrote that Chevron allowed “executive bureaucracies to swallow huge amounts of core judicial and legislative power.” In other words, elected judges and politicians are more qualified than scientists and agency experts to determine public harm when it comes to climate change and other environmental impacts..

Staying Cool on a Warming Planet
Scroll to top