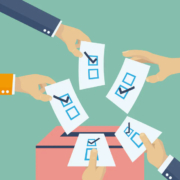 ELECTION EDITIORAL — Fortified by the solidarity of a majority of Trump-Party Republicans..,  Trump has wantonly rejected the outcome of America’s most sacred institution of democracy, free elections and the public’s choice of its leaders.

President elect Joe Biden decisively scored a 306-232 electoral college victory. In 2016, Hillary Clinton beat Trump by 3m in the popular vote, but lost the electoral collage.  Biden has nearly doubled his popular vote win to that of Clinton, with a lead over Trump now nearing 6 million votes.

On Sunday morning, Donald Trump tweeted about Joe Biden: “He won” … “He won because the election was rigged,” Trump wrote, before recycling baseless claims of voter fraud he continues to push and which his lawyers are attempting to prove in court in battleground states – with little to no chance of success, according to most observers.

Trump went to tweet …“He only won in the eyes of the FAKE NEWS MEDIA. I concede NOTHING! We have a long way to go. This was a RIGGED ELECTION!”

The 2020 Biden presidential election victory is a victory for American democracy.  Biden is a true centrist and just what a nation in desperate need of healing needs at this time.  President Biden must navigate a narrow channel of rapids with hazards on both the right and the left, only come out the other side to face a McConnell-led Senate firewall — one guaranteed to place minority party priorities ahead of doing the people’s business of governing.

The Republican party of Eisenhower, Regan, and Bush has been hijacked by extreme right wing populism embodied in the 2016 election of Donald Trump. Problems for the party faithful were apparent during the 2016 primary when mainstream GOP candidates, most with some history of capable governance, were knocked-off one-by-one by the Trump mob, replaced by the party’s new self-appointed leader and godfather, Donald J. Trump.

Trump’s victory in the 2016 presidential election was seen by many right-wing populists in Europe as a momentous turning point. In their view, the threat began to the totalitarian state goes back to 1989, when the fall of the Berlin Wall made liberalism appear unstoppable and triumphant.  Right-wing populists from Hungary to Britain believed that if Mr. Trump could become president of the United States, the future belonged to them. President Trump’s 2020 defeat may trigger the rise of a much darker vision.

By refusing to concede to overwhelming election results, Trump the loser, has sent a message to his fellow strongmen around the world — that this is a fight for survival.

In trying to make sense of Mr. Trump’s defiance, most analysts have looked at the president’s personality: Mr. Trump never concedes defeat and this entire act of defiance is a way to soothe his ego, but Trump’s legitimate fear runs much deeper in giving up his seat of power.

Trumps problems range from legal prosecution for his crimes before and during his presidency, to the matter of Trump’s highly-leveraged family empire, with more than a billion dollars in personal guaranteed debt coming due in 2020 and NO foreseeable means to pay.  As long as Trump holds the reins of power, he has the means to further leverage the office of the presidency and to serve his personal power and wealth objectives, which he handily demonstrated come at a high cost to the United States — and the American people he has sworn to serve.

Nobody has articulated the fear of being outvoted as a result of demographic change better than Mr. Trump.    During the 2016 presidential campaign, he told his supporters: “I think this will be the last election that the Republicans have a chance of winning, because you’re going to have people flowing across the border, you’re going to have illegal immigrants coming in, and they’re going to be legalized … and be able to vote. Once all that happens you can forget it.”

All European populists have echoed Trump’s demographic anxiety.  Trump understands all too clearly that the reason his supporters both inside and outside the United States stand by him run much deeper. They reflect the apocalyptic mind-set of the right-wing populist voters in the West. 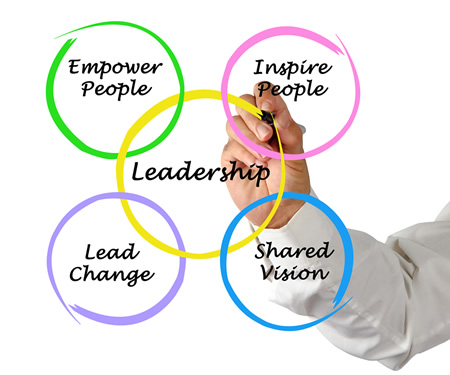 Democratic politics serves as a nationwide therapy session. It allows voters to express their fears about the future while at the same time reassuring them that when the elections are over, everything will go back to normal.

Of course normal these days is a very fluid definition, as the Country struggles with a bungled Federal response to COVID-19, post-election misinformation in the wacky echo chamber of conspiracy-driven social media, amplified by Trump’s alt-right media outlets, and mix it up with a few bad foreign actors, and altogether, American democracy has never been so challenged as it has been for the past four years.

The one sane voice above all the noise has been president-elect Joe Biden.

President Biden deserves the support, respect, and hopes of all Americans for a future marked by the best ideals of democracy and selfless governance, and which will arrive on January 20, 2021, with or without Donald Trump.

COVID-19; more than a question of life or death

Promises of a COVID-19 Vaccine or Cure?
Scroll to top