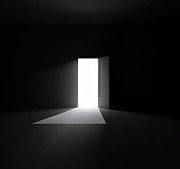 Fake Patriots, lies and conspiracies, the storm that hit the US capitol

Never before has a sitting president incited his followers to attack the heart of American democracy.

As Michael Chertoff, the former homeland security secretary under George W Bush, put it: “What Donald Trump did was a betrayal of public trust and a violation of his oath of office. There’s no question that what we saw this week was incited by the rhetoric that he has been using now for weeks and that inspired and mobilized extremist right-wingers and conspiracy theorists.” 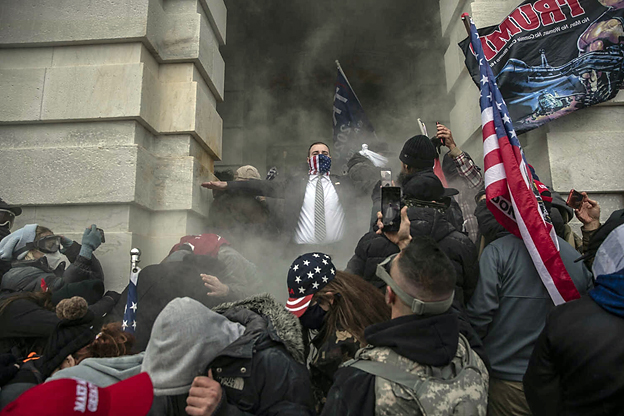 There is going to be a persistent challenge over the next months, depending on how active Donald Trump is when he’s out of office, in terms of domestic terrorism inspired by him directly or by right-wing extremist and conspiracy groups representing an ongoing security challenge for the Country, and into the foreseeable future.

House Speaker Nancy Pelosi on Friday threatened to impeach Mr. Trump unless he resigned “immediately” for inciting the mob attack on the Capitol this week, and Senator Lisa Murkowski of Alaska became the first Republican senator to follow her lead.

“I want him out,” Ms. Murkowski told The Anchorage Daily News. “He has caused enough damage.”

There are legitimate concerns that an increasingly unstable and erratic Trump is unfit for office and represents a threat to national security, as demonstrated this week in the Trump-led attack on the American government, and by extension, the American people he has sworn to serve.

The House is scheduled to be in session on Monday, and articles of impeachment cannot be introduced until then. The timing for an impeachment seems unlikely with fewer than 10 days left in the Trump presidency, once the House reconvenes next week. And in these final days of the Trump presidency, Mitch McConnell remains firmly in control of the Senate, with impeachment being a non-starter. There has been talk of invoking the 25th amendment, but without VP Pence’s participation, that too appears a bridge too far.

Perhaps bringing Trump to justice in this digital age may be most effectively executed not in the halls of Congress, but as Twitter announced on Friday that it had permanently banned President Trump from its service “due to the risk of further incitement of violence,” effectively cutting Trump off from his favorite megaphone for public lies, most recently his attempts to overthrow the 2020 election, and with it American democracy.

Twitter, although late in following Facebook, Snapchat, Twitch, and other platforms which only placed time limits on Trump’s access, permanently banned Trump from their worldwide messaging platform – a meaningful metering of digital justice for a man who deserves more for his crimes in office.

A day earlier Facebook failed to do little more than ban Trump from their platform through the end of his term, the next 10 days. Either way, it was a watershed moment in the history of social media. Both companies had spent years defending Mr. Trump’s continued presence on their platforms, only to change course days before the end of his presidency. 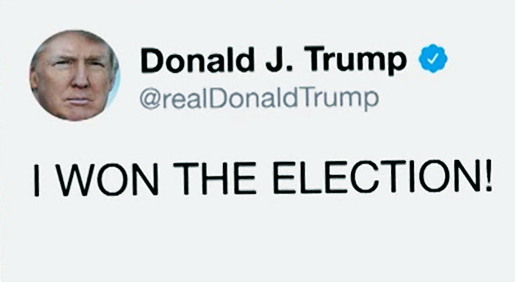 These social networking companies have become powerful corporate autocracies, often masquerading as mini-democracies operating without a Constitution or Bill of (user) Rights.  Their moderation decisions are the results of  digital formulas without due process, and when publicly held to accountability, operate as if “don’t incite an insurrectionist mob” had been in their community guidelines all along.  The high-stakes calls were more the result of gut decisions made under extreme duress, rather than prevention.

In this case, the actions of Trump’s followers did not happen in a vacuum. Equally guilty, is a disgraced president buoyed by alt-right billionaire media tycoons who fueled participation by promoting and cheerleading false narratives, all of which occured in a vacuum of facts self-reinforced from the bully pulpit of Trump.  Altogether, these elements are responsible for embolding an attempt to takeover the U.S. government, and in so doing throwout democracy along with national and state election results. In a word: sedition.

Through “The Apprentice,” TV show Trump he a fantasy version of himself as a tough-minded chief executive of a global business empire and a self-made billionaire, yet in reality, although Trump has never filed for personal bankruptcy, hotels and casino businesses of his have declared bankruptcy six times between 1991 and 2009 due to Trump’s inability to meet required payments and to re-negotiate debt with banks, owners of stock and bonds and various small businesses (unsecured creditors).

But as Trump’s 2016 campaign played out and his presidency began, Donald J. Trump, the master of the TV screen, evolved gradually into a different character, @realdonaldtrump, and Twitter  became his media vehicle of choice. Unlike all previous presidents in moderentimes whose communicated with the public through press conferences and State of the Union addresses, Trump’s unfiltered and targeted messaging — not to the American people, but to his base of blind faith followers. Twitter and other social media became presidential-speak and media megaphone: an agenda-setter for the day’s coverage, a weapon against his rivals, a way of firing aides and cabinet secretaries, a grenade he could throw at Republican lawmakers who had crossed him and reporters whose coverage he hated, a window into his psyche, and most of all, an unfiltered pipeline to his supporters.

Digital media also complimented his wrestling match-style of non-start “political” rallies throughout his presidency and helped him dominate television throughout his term as president.

Part of Trump’s media formula was relying on right wing media outlets to amplify his message, best typified by the Fox News media engine with its built-in bias and fueled by unsubstantiated conspiracies and falsehoods.  At the same time, Fox raked in massive profits for the Murdoch media empire and Fox Corporation during the Trump years, and has spawned Fox-like voices also masquerading as “news” to compete for the same audience eyes and ears, e.g., Newsmax. 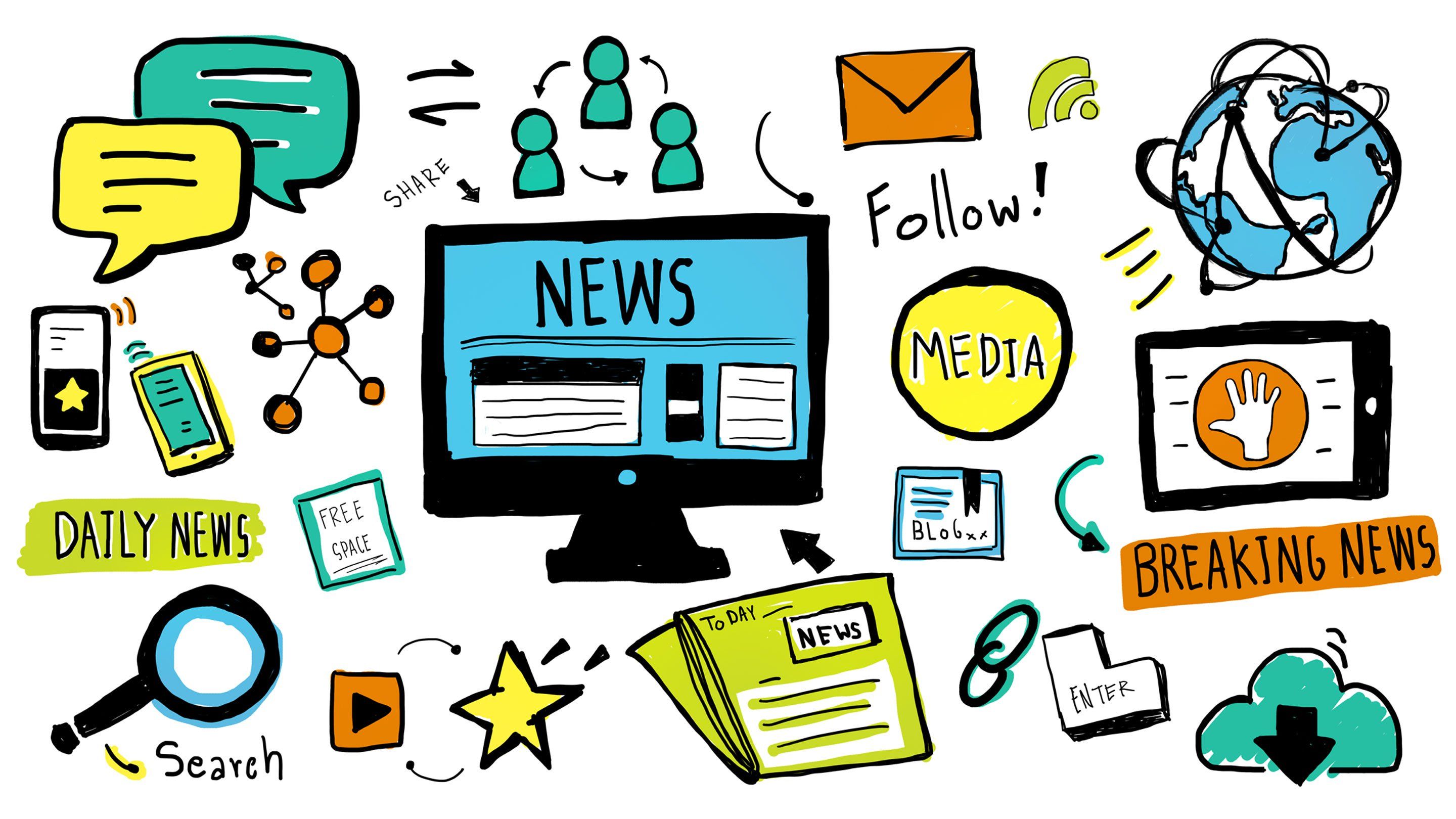 On Friday night, Fox engaged in typical and continuous looping of self-reinforcing coverage, featuring pro-Trump Republicans in rage. The single thought being recycled were claims that Twitter’s move was an example of Silicon Valley’s tyrannical speech controls, and not a thoughtful reflection on … what just happened.

Outside this alt-right bubble, other media outlets on the co-called left cheered Twitter’s decision as an overdue and appropriate step to prevent more violence, while some also cringed at the thought of so much influence and control which rests in so few hands.

To break this cycle of brainwashing and influence, consumers of media must increasingly “do their homework and due diligence” in order to stay informed, and thereby form well-founded beliefs and opinions. The implications of this needed paradigm shift in media consumption extends beyond the United States, and goes to the core of citizenship responsibility in ever democratic society which requires the fulfillment of democratic obligations by its citizens who elect officials (public servants), and then hold them responsible for their governing actions.

How do we get there from here?   It requires cross-referencing multiple reliable media sources (Google is helpful). Reading books to acquire an in depth knowledge on subjects of interest, and most importantly thinking for yourself. It also comes at the price time and effort, but it is well worth the investment.   Being a pawn in world loaded with misinformation happily supplied by state actors, corporate media, and social media is the easy way out that too often leads to unattended consequences as this week’s news cycle proved.

The final tally of Trump’s presidency: 30,573 false or misleading claims — with nearly half coming in his final year.

For four years, day after day, week after week, claim after claim, from the most mundane of topics to the most pressing issues, Donald Trump lied to the American people and the world.

Trump unleashed his falsehoods with increasing frequency and ferocity, often by the scores in a single campaign speech or tweetstorm. What began as a relative trickle of misrepresentations, including 10 on his first day and five on the second, built into a torrent through Trump’s final days as he frenetically spread wild theories that the coronavirus pandemic would disappear “like a miracle” and that the presidential election had been stolen — the claim that inspired Trump supporters to attack Congress on Jan. 6 and prompted his second impeachment.

For more than 10 years, the Washington Post’s Fact Checker has assessed the accuracy of claims made by politicians in both parties, and that practice will continue. But Trump, with his unusually flagrant disregard for facts, posed a new challenge, as so many of his claims did not merit full-fledged fact checks. What started as a weekly feature — “What Trump got wrong on Twitter this week” — turned into a project for Trump’s first 100 days. Then, in response to reader requests, the Trump database was maintained for four years, despite the increasing burden of keeping it up.
https://www.beyondkona.com/wp-content/uploads/2019/03/doorway-e1552007796420.jpg 169 300 Bill Bugbee https://www.beyondkona.com/wp-content/uploads/2018/05/beyond-kona-logo.png Bill Bugbee2021-01-11 16:43:402021-01-25 08:00:26WHAT JUST HAPPENED ...
1 reply